True development involves the creation of Institutional Structures to enable producers become a part of the economic mainstream. New economic challenges and opportunities necessitate new institutional forms. These institutions should be producer-owned and managed by competent professionals so that they possess a degree of efficiency and skill that equals or exceeds other forms of enterprise.

Among agriculture commodities in India milk ranks first in value terms. In spite of not enjoying the advantages the advanced dairy nations have in terms of temperate climate, favourable land/population ratio, large farm holdings and plentiful resources, India has emerged as the world’s largest milk producing country. This White Revolution spearheaded by the NDDB and in which the cooperatives have played a central role, has been recognised and acclaimed the world over. The dairy sector is one of the major contributors to our agricultural economy. For millions of resource poor farmers, animal ownership ensures a livelihood and economic stability. Dairying will remain an important component in diversification of Indian agriculture for the foreseeable future.

Economic liberalization policies have now opened India’s markets to competition. Barring some exceptions, the rate at which the cooperatives are growing has slowed down while, at the same time, the organised private sector is rapidly expanding its operations. The private sector will and should grow. But it is important that in the interest of protecting livelihoods and inclusive economic growth, the cooperatives should also grow rapidly. The dairy industry is rapidly becoming globalised. In many countries it is increasingly being corporatised by investor-owned business. This clearly impacts the lifecycle of dairy cooperatives. If cooperatives are not merely to survive, but to thrive we should do some serious introspection. In doing so, it is important to recognize that sophistication in governance and management, scale, use of technology and the ability to raise capital will be the key drivers for the growth of the dairy sector.

Dr Verghese Kurien and Dr Amrita Patel managed and guided the NDDB for about five decades. Both believed true development involves the creation of Institutional Structures to enable producers become a part of the economic mainstream.

In India, while the dairy cooperatives have some remarkable achievements to their credit, their potential to serve their members and the nation has been constrained by political interference and bureaucratic hegemony. While the governments’ supporting role is necessary, it should not be at the cost of the ability of cooperatives to compete in today’s highly competitive domestic and international markets. There is also the related issue of leadership of cooperatives. One cannot leave the emergence of successful cooperatives to the chance occurrence of charismatic leadership. Leadership is partly endogenous to the overall design and to facilitate the emergence of good leadership, specific structures—including but by no means confined to electoral—need to be designed.

The nature and intensity of the interface of the cooperative institutions with the state machinery will be determined not only by the law and administrative procedures but also by the degree to which cooperatives depend on the state for financial and human resources. Therefore the design of cooperatives must address the capital requirements needed to compete. To the extent possible—and that extent is far greater than we recognise—members should mobilize the capital from themselves and from financial institutions. Any support from the state or its institutions should be temporary.

New economic challenges and opportunities necessitate new institutional forms. The types of institution that served us well in the past may still have an important role to play. At the same time new institutions are also required. These institutions should be producer-owned and managed by competent professionals so that they possess a degree of efficiency and skill that equals or exceeds other forms of enterprise. In many parts of the world, cooperatives/new generation cooperatives play an important role in their country’s economies. In many of these countries these enterprises are registered and operate under the same laws that govern other companies/corporations, with the exception that their unique producer ownership features are recognised and respected.

Beginning in the early 1990s, Dr Kurien and Dr Amrita Patel, Chairman and Managing Director of the NDDB respectively, proposed the concept of what is now known as a Producer Company. Dr Kurien offered the following observations in support of the Producer Company concept:

In the late 1990s, Dr Amrita Patel, Chairman, NDDB, met with the then Prime Minister Shri Atal Behari Vajpayee, to take this concept forward. A High Powered Committee, chaired by the distinguished economist, Dr Y K Alagh, was appointed by the Government of India to examine the matter. Based on the recommendations of the High Powered Committee, the Companies Act 1956 was amended in the year 2002 incorporating Part IX A – which provides for incorporation of Producer Companies. It also provides voluntary conversion of any existing cooperatives which have, subsequent to their formation, extended any of their objects to more than one state.

A Producer Company is a business enterprise registered under provisions of Part IX A of the Companies Act but, consistent with Part IX A, the enterprise is governed and managed on the basis of principles of Mutual Assistance that are by and large the same as those adopted by the International Cooperative Alliance. The Producer Company combines the institutional and ideological strengths of cooperatives—ownership limited to users; limited interest on shares; no public trading of shares; patronage not capital-based—with the flexibility and autonomy available under company law.

There are however a few key enabling features in a Producer Company’s legal framework which differentiate it from cooperatives.

To ensure that consumers get good quality milk and milk products processed under hygienic conditions, it is necessary that cooperatives continue to be strengthened, while at the same time ensuring that more Producer Companies are incorporated and operationalised. It is important that the cooperatives and producer companies together should grow as rapidly if not more than the non-cooperatives. The Central Government has addressed a communication to all the states requesting them to extend concessions/benefits to Producer Companies at par with the cooperatives.

NDDB Dairy Services, a wholly-owned subsidiary of the NDDB, is assisting milk producers in establishing Milk Producer Companies. Based on the experience in building producer organisations in several states, a set of Standard Operating Procedures (SOP’s) has been developed detailing the various principles essential to setting up a sustainable Producer Company. During the period 2012 to 2014, five large Producer Companies have been established in Rajasthan, Gujarat, Andhra Pradesh, Punjab and Uttar Pradesh.

NDDB Dairy Services is also in the process of assisting establishment of small Producer Companies in areas with sizeable population of economically disadvantaged.

The 2008 financial crisis and the severity of the ensuing slowdown in some western economies have triggered a debate about the fundamental nature of the capitalist system and the purpose of the companies that operate within it. There is a view that companies/corporations should shift the way they think about business values and their role in society and they should alter their focus from short to long-term and serve all stake holders, not just the shareholders. They also need to reflect on the importance of having a long-term view for sustained economic development to solve modern day socio-economic problems.

While the capitalist system in India is not as dominant as in the developed countries, producer-owned organisations like cooperatives and Producer Companies must seize this opportunity to expand rapidly. Hence there is the need to accelerate the setting up of institutional structures which enjoy the operational freedom to compete with the investor-owned and privately-held companies/corporations while retaining the member based institutional strength of the cooperatives.

The choices societies make about institutional structures have profound impact on the way sectoral economies evolve. In India’s dairy economy, which assumes enormous employment and livelihood significance, one type of institutional structure may assure rapid growth and modernization but sacrifice employment and livelihoods; another may strengthen the economies of smallholder milk producers but lose out somewhat on competitiveness. It is important to recognize these trade-offs so that institutional structures are chosen not only for maximizing short-term economic efficiency but also for their contributions to equity and sustainability in society.

This article was written when the author was Chairman, NDDB Dairy Services, New Delhi. 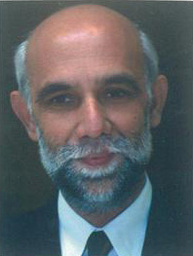