Productivity targets set for indigenous and crossbred cows and buffaloes are achievable if we properly invest in creating adequate infrastructure, take up programmes for genetic improvement of animals and invest in extension of infrastructure to create positive environment to exploit fully the genetic potential by providing balanced nutrition and protecting animals against diseases. Equally important would be to evolve right institutional structure that transmits knowledge and builds capacity of people to implement genetic improvement, nutrition and healthcare programmes on long term basis.

India’s compounded annual growth rate of milk production in the last decade has been about 4.4 per cent against about 2 per cent globally. The demand for milk is steadily growing. With higher GDP growth and possible increase in exports, the aggregate demand for milk may cross 200 million tonnes by 2021-22. In real terms, India has added on an average about 4 million tonnes of milk each year during the last ten years and the challenge is to add almost twice that volume in order to produce more than 200 million tonnes in 2021-22.

Table 1: Trend of population and productivity of cattle and buffaloes, 1992 to 2012.

Assuming that the current adult female population in milk of local cows, crossbred cows and buffaloes would continue to increase annually at the rate of 0.4 per cent, 6 per cent, and 1.75 per cent respectively for the next ten years, the productivity targets per day per animal for local cows will have to be raised from the current level of 2.36 to2.8 kg, for crossbred cows from 7.02 to 8.4 kg and for buffaloes from 4.8 to 5.7 kg to achieve the target of about 200 million tonnes by 2021-22 (Table 2).

Table 2. Productivity targets for indigenous and crossbred cows and buffaloes by 2021-22.

Are these productivity targets achievable? This paper argues that these targets are definitely achievable if we invest properly in creating adequate infrastructure, take up programmes for genetic improvement of animals and invest in extension of infrastructure to create positive environment to exploit fully the genetic potential by providing balanced nutrition and protecting animals against diseases. Equally important would be to evolve right institutional structure that transmits knowledge and builds capacity of people to implement genetic improvement, nutrition and healthcare programmes on a long term basis.

Table 3. Average lactation yield per cow in some advanced dairy producing nations and India, 1975 to 2012.

These countries have achieved a steady genetic progress by following more or less similar approach as given below:

These countries started their progeny testing programmes long time back (sometime in the early ’seventies) and gradually expanded their infrastructure for evaluation of bulls and for dissemination of genetics in their population. These countries have demonstrated that by running efficient progeny testing programmes for production of high quality genetics and using it for breeding the maximum number of animals gradually genetic improvement happens in any population. They have demonstrated that an increase of about 80-100 kgs in average genetic potential of animals per year is feasible with efficient genetic improvement programmes. Genetic improvement is a slow process, but genetic gain is cumulative and therefore with a long term implementation of genetic improvement programmes on scientific principles, as shown by them, a reasonable genetic progress is possible in any population.

Status of genetic improvement in India

The efforts that have been made to increase the genetic potential of our vast varied animal population include:

Strategies for genetic improvement of animals in the country

To accelerate the genetic progress in the country, the percentage of animals bred through artificial insemination need to be raised substantially. The bulls required for semen production need to be obtained largely through establishing an infrastructure for progeny testing for different breeds in their native tracts, and the existing infrastructure for semen production needs to be strengthened to produce the required high quality disease free semen doses. It would also be necessary to establish information systems for collection of data related to animal breeding activities on an individual basis and put in place legislation for regulation of breeding activities. These are the key strategies that have been adopted under the National Dairy Plan (NDP) initiated by the National Dairy Development Board (NDDB). The key targets set under NDP to achieve a steady genetic progress in the diverse population of cattle and buffaloes in the country are given in Table 4.

The following broad strategies have been adopted to achieve the set targets (More details are available on the NDDB website: www.nddb.coop):

It is planned to raise the proportion of breedable cattle and buffaloes inseminated from the current level of 25 per cent to 35 per cent by 2016-17 and to 50 per cent by 2021-22. Under the ‘National Programme for Bovine Breeding and Dairy’, the Government of India has planned to convert the existing 84,000 government stationary AI centres to mobile centres and support additional 30,000 private AI workers.

The state governments and dairy cooperatives currently provide AI services at prices that are much lower than the actual cost being incurred by them. This is a major deterrent for professional private sector AI service providers to enter this sector. Therefore, it is important that the state governments are persuaded to gradually charge for AI services that is closer to the full cost and provide subsidy for below poverty line (BPL) milk producers. The other important intervention required is to improve the quality of AI services. The average number of inseminations required per conception is assumed to be around four, which needs to be brought down to less than two. Towards this end, AI service providers would need to ensure that AI technicians are trained/reoriented at certified AI training institutes to implement the Standard Operating Procedure (SOP).

The country has to think about putting in place an information network for productivity enhancement activities including animal breeding, nutrition and healthcare. The facility should be such that any service provider can join the network and use it for capturing data at source for activities that it undertakes and also to use it for generating information for decision making and planning at all levels of its organisation. At aggregate level, the database created from such a system (aggregation from all service providers) can provide information for long term planning and investment. NDDB has put in place such an integrated information network referred to as “Information Network for Animal Productivity and Health (INAPH)”. All projects implemented under NDP are using INAPH. Already some three million animals have been registered under this network and this number is increasing rapidly.

A bill to regulate breeding activities—bull production, semen production and AI delivery—has been drafted (Bovine Breeding Bill 2009) and circulated by the Government of India to all state governments for comments. It is imperative that this bill is passed and the Act is enforced to regulate and improve the quality of breeding services being provided in the country.

It is well established that animals will not produce to their genetic potential unless they are fed balanced ration. There is evidence to show that when a milch animal is fed a balanced diet, it receives the required nutrients to produce milk commensurate with its genetic potential. As the genetic potential of animals enhances, their requirement of nutrients also goes up. It is important that: farmers are advised on feeding balanced ration so that existing resources are used efficiently in right proportion avoiding wastage; the utilisation of existing resource are improved with value addition; farmers are advised on supplementation of their ration with mineral mixtures, vitamins etc; infrastructure for production of compounded feed and feed supplement expands; and, fodder production from existing land improves with use of certified fodder seeds.

High emphasis needs to be placed on bio-security measures at semen stations to maintain disease free bulls and produce disease free semen doses. Effective management of diseases is very critical, for diseases can easily neutralise the production enhancement efforts. Besides, the presence of diseases in animals not only causes high economic loss to the farmer, but it also denies him the opportunity to participate in international trade and thus the prospects of fetching a better price for his produce. Efficient management of diseases therefore is perhaps the single most important function of the Governments—both at the Centre as well as State. In order to address disease control in a more targeted manner, the “Prevention and Control of Infectious Diseases in Animals Act” should be enforced in all states. The states need to finalise state rules for implementing this Act and notification of control areas. Prompt reporting of epidemics is essential for undertaking immediate control measures to prevent further spread of the disease. Recording of each incidence of disease also helps in estimating economic loss, undertaking risk analysis, developing disease control strategy and also for obtaining disease free status for the country, which is very important for international trade.

Mere strengthening of existing institutions would not be enough. There is need to evolve professional organisations that commit themselves in building a strong infrastructure and taking up programmes on scientific principles to bring about sustainable genetic change in the population, to increase availability of feed and fodder resources and create advisory network to advise on balanced ration, and to extend veterinary health services to protect animals against diseases. This would also entail strong capacity building programmes and infrastructure for scientific research to offer solutions to practical problems. The research institutions in the country are not actively working with the industry. The systems of measurement, data collection and taking decisions on reliable data in the area of animal genetics, nutrition and health care are very weak. No regulatory systems are in place to control productivity enhancement products and services. It is necessary to create governance capacity in these areas.

With the growing demand for milk on one side and a large genetic resources on the other, producing the required quantity of milk to meet the domestic demand of milk and even exporting a small quantity seems to be very much feasible, provided the country creates the right infrastructure and takes up programmes on genetic improvement, providing balanced nutrition and healthcare of animals on scientific principles through responsible institutions on a long term basis. 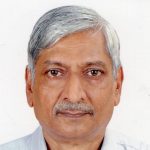