Buffalo milk, until four decades ago was not considered a researchable commodity. The compositional uniqueness of buffalo milk has inspired dairy researchers to revisit. Compared to cow milk, cheeses made from buffalo are preferable because of desired chewing and stringing properties. Yoghurts from buffalo milk are naturally thick set without having to add milk proteins or gelling agents. Traditional Indian sweets made from khoa and chhana are also best made with buffalo milk. Technology is now available for manufacture of sweets such as rasogolla which were initially made solely from cow milk.

Buffalo milk has several technological advantages over cow milk, owing to better physico-chemical properties, quality and quantity of chemical constituents as compared to cow milk. Its rich flavor and taste are attributed to, amongst other properties, the higher fat content, larger micellar size of casein smooth texture and richness. The uniqueness in its composition is given in Table 1. Dr Verghese Kurien had on many occasions stated how the western technologists held that buffalo milk is unfit for processing for as simple a product as skimmed milk powder. Indian scientists and technologists have made much progress in this area. The physico-chemical advantages that buffalo milk has over the cow milk are discussed to highlight the processes.

Table 1. Composition and nutritive value of milk of selected mammals (in 100 g).

*Figures in parenthesis denote the value in kJoules.

Buffalo milk contains several enzymes which are physiologically significant. In buffalo milk, the alkaline phosphatase activity is about one third of that in cow milk; peroxidase activity is nearly 24 per cent higher than cow milk; lipase activity is lower than cow milk. The thermal stability of buffalo milk lactoperoxidase is also higher than that of cow milk. The lactoperoxidase system which consists of three components — lactoperoxidase enzyme, hydrogen peroxide and thiocyanate, a substance that can be oxidised — is widely exploited for its bactericidal and bacteriostatic properties. Lysozyme is active at a wide range of temperatures and is heat stable and acts as an antibacterial factor, particularly against gram negative organisms. It is also stable at low pH and resists gastric juices under in vivo situations. Although buffalo milk has lower lysozyme content than cow milk, in view of the antibacterial effect and possibly general immune system of human beings, there has been a considerable interest in developing food applications of lysozyme.

Dense whiteness of buffalo milk is due to the higher opacity of casein micelles, higher levels of colloidal proteins, calcium and phosphorus, and absence of β-carotene. Therefore, UHT-processed buffalo milk and cream are whiter and more viscous than their cow milk counterparts, because of conversion of greater levels of calcium and phosphorus into the colloidal form. Buffalo milk is, therefore, more aptly suitable for the production of tea and coffee whiteners than cow milk.

Dried milk products prepared from buffalo milk exhibit higher levels of undenatured proteins when processed under similar conditions. This is because proteins of buffalo milk, particularly the whey proteins, are more resistant to heat denaturation as compared to the cow milk proteins. The reconstitution behavior of dried milk products made from buffalo milk is in general, not very different from those made from cow milk. However, dried buffalo milk may be preferred over dried cow milk for applications where higher levels of undenatured whey proteins would be more desirable.

Buffalo milk has higher fat and solids content and so, is commercially more viable than cow milk for the manufacture of fat- and solids-based milk products, such as butter, ghee and milk powders. Bigger fat globules of buffalo milk facilitate quicker separation and maximum recovery of milk fat. Curd tension in buffalo milk being nearly 1.5 times that of cow milk, the former could be a better raw material for preparing textured products. Yoghurts made from buffalo milk are naturally thick set without having to add milk proteins or gelling agents.

Similarly, traditional fermented products such as dahi and lassi are best appreciated when made from buffalo milk because it is thick and rich and is more suitable for acidification owing to its higher buffering capacity (0.042) than that of cow milk (0.035) at pH 4.9–5.1. Traditional Indian sweets made from khoa and chhana are also best made with buffalo milk that has higher solid content and dessicates with lesser energy requirement. Technology is now available for the manufacture of sweets such as rasogolla which were initially made solely from cow milk.

The healthful aspects of buffalo milk are argued to be superior to those of cow milk. Table 1 lists the comparative nutritive value of milk of selected mammals. Buffalo milk has higher protein and contains less cholesterol (total cholesterol 275 mg and free cholesterol 212 mg per 100 g fat) compared to cow milk (total cholesterol 330 mg and free cholesterol 280 mg per 100 g of fat). Animal bioassays have demonstrated that the protein efficiency ratio (PER) value of buffalo milk proteins is 2.74 as compared to 2.49 in cow milk. It also has 18.84 per cent higher total essential amino acids (1640 mg/100 g) than that of cow milk (1380 mg/100 g), fetching better nutritional value.

Buffalo milk is also superior to cow milk in terms of nutritionally and physiologically significant minerals, namely calcium, iron and phosphorus. Buffalo metabolises all the carotene into vitamin A, which is passed on to milk as such, thus being available to the consumer. This is particularly more advantageous for neonates. Buffalo milk provides 14 per cent and 24 per cent of RDA requirement for vitamin A and calcium, respectively for adults per 100 ml and while cow milk provides is 10 per cent and 14 per cent RDA requirement for the same serving.

Buffalo milk contains higher quantities of complex oligosaccharides that constitute a large portion of the carbohydrates of milk and perform several biological functions. They act as prebiotics promoting the growth of beneficial intestinal flora in the colon, postnatal stimulation of the immune system and provide defense against bacterial and viral infections, probably by inhibiting binding of pathogens to the intestinal epithelium. These properties have created renewed interest in the role of buffalo milk in infant nutrition.

Buffalo milk also contains high levels of the natural antioxidant tocopherol. Peroxidase activity is normally two to four times than that of cow milk. A large number of people these days suffer from cow milk allergy. Research findings report that subjects with cow milk allergy are able to tolerate buffalo milk. Deficiency of immunoglobulins (Ig) increases the susceptibility of human beings against respiratory and throat infections. Buffalo milk has higher Ig content. It also contains gangliosides that are absent in cow milk and that exhibit a GM1-specific binding to cholera toxin subunit B and anti-inflammatory activity. The presence of higher levels of various bioprotective factors, such as immunoglobulins, lactoferrin, lysozyme, lactoperoxidase as well as bifidogenic factors, render buffalo milk more suitable than cow milk for the preparation of a wide range of special dietary and health foods.

Buffalo can thrive without the need to use high levels of concentrated feed, unlike the cross-bred and high-yielding cows. The diet of a buffalo comprises largely of grass, clover and straw. No bone meals, fish meals or genetically modified feeds are fed to the buffalo, thus rendering them more genetically untouched as a species. In addition, there would be no threat of outbreaks of BSE or scrapie. The higher milk solids of buffalo milk make it ideal for processing into dairy products. Owing to the higher solid contents, transportation costs as well as energy needs to convert buffalo milk into products are low.

Although buffalo population are reported in several countries, only five countries (India, Pakistan, China, Egypt and Nepal) contribute to more than 99 per cent of the total global buffalo milk. Buffalo milk is creamier, whiter, and richer in fat, solids-not fat and minerals, and has relatively higher levels of physiologically significant bio-immune and extra nutritional factors. These exceptional attributes render buffalo milk particularly suitable for commercially important dairy products such as Mozzarella cheese, cream, butter and dairy whiteners and also traditional Indian products such as paneer, khoa, dahi and other fermented products. Buffalo milk fat is superior with regard to less cholesterol and has more tocopherol, which is a natural antioxidant. India, with its large buffalo population and immense wealth of buffalo milk, can emerge as the leading supplier of buffalo milk products in the world market. Indian dairy industry has to derive maximum benefits of the uniqueness and positive virtues of buffalo milk to obtain the competitive edge in the global dairy market. It is crucial that the industry comes forward to take initiatives to create awareness and interest regarding the unique functional and therapeutic attributes of buffalo milk products in order to create a niche for buffalo milk as an important commodity in the global market. 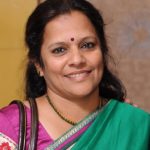