From this beginning in 1967, Mike became my mentor and friend. By the mid-1990s, on his yearly visits to Anand, he taught me how to write, how to think for small farmers and how we could empower them.

In 1967, I joined NDDB as an apprentice. At fi rst, Dr Michael Halse was just a name for me. He was a director on the NDDB Board, a Ford Foundation man who helped set up a management institute in Ahmedabad. Next, he appeared in the green book he authored for IIM and Amul to overcome protein deficiency. Later, I chanced on documents prepared by him as a member of the Delhi Milk Scheme (DMS) study team, headed by Dr V Kurien, to look into its affairs.

Mike had conceived a fantastic project that could have changed Indian agriculture and become a model for the world. An out-and-out small farmers’ man, he had faith in the small farmer’s abilities to empower himself if provided the opportunity. Opportunity he did provide and they made the best of it until we (the “educated elite”) let him down.

Just like Dr Kurien, Mike believed that the small farmer must have the tools to decide and make his own fate. He believed that it could be done through the Anand cooperative model where the farmer is empowered to manage his own affairs and implement the tools he needs to meet his changing needs.

In 1968, Mike joined NDDB as an FAO advisor and helped in planning and implementing the training of apprentice managers for three feed plants that NDDB was implementing on a turnkey basis. These managers could make the plants profi table by the time they were handed over to the cooperatives by implementing systems and marketing of the product even before it was produced by seeding the system from the existing plants. This was a great experiment in using public funds to kick start and manage tools in rural communities.

Mike had a belief in young professionals and he groomed them to succeed. He lived in India in a small town and supported small organisations to grow and he helped people understand the benefi ts of joining small organisations and growing in and with them.

It was Mike’s ability to convert a liability into strength. He could support people to think and have a vision and he supported them until they succeeded in converting their vision into a reality.

Cast in the same mould as Dr Kurien, Mike was a hard-working, clear thinking visionary leader. He was simple, friendly and helpful. He believed that the Anand Model of cooperative was a great system to get the poor rural folks to combine their strength to make a successful business and make it the best in the world. He believed that ordinary people can change the world to be a better place to live in. 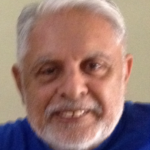