It is the industry that is lobbying the hardest to keep its products out of the free trade agreement currently under negotiation among 16 countries to India’s east and north. Why is this so?

What makes milk and milk products such a big deal for India?

But milk matters equally to consumers in India, because it meets the animal protein/fat requirements of a significant portion of the population that is vegetarian.

Milk, in the Indian context, is also a ‘superior’ food with income elasticity of demand greater than one. This means that as incomes rise, the demand for milk goes up even more. The moment families experience some upward mobility, they are likely to put desi ghee (butter fat) rather than vanaspati (vegetable fat) on their rotis. 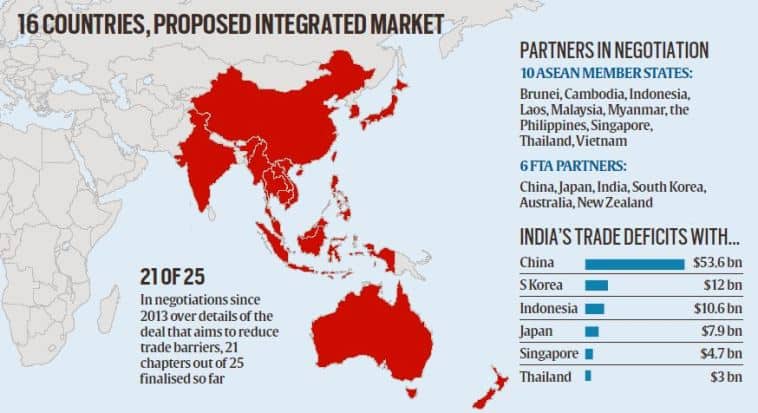 So, where does the RCEP come in?

Global dairy trade takes place not in milk, but in the solids that derive from it — mainly milk powder, butter/butter oil, and cheese. India isn’t a major player in the world market. Till the eighties, it used to import up to 50,000-60,000 tonnes of skim milk powder and 10,000-15,000 tonnes of butter oil annually, largely channelised through the National Dairy Development Board.

Over the past couple of decades, with sustained production increases, the country has become self-sufficient, or even marginally surplus. This is evidenced by its dairy product exports surpassing imports in most years (table 1), although their values are insignificant relative to both domestic output and global trade. Further, as can be seen from table 2, one reason for India’s imports being low is the high tariffs, especially on milk powder (60%) and fats (40%). If dairy products are covered under an RCEP deal, India may have to allow members of the bloc greater access to its market, whether through phased duty reductions or more liberal tariff rate quotas (TRQs). There is an already existing TRQ for milk powder, which enables import of up to 10,000 tonnes per year at 15% customs duty, and quantities beyond that at the regular rate of 60%. The Indian dairy industry is resisting any enhanced TRQs or other import concessions, even if extended only to RCEP countries, as opposed to the US or European Union.

Which are the major global dairy players within the RCEP group?

India’s milk powder and butter/ghee shipments, by contrast, have barely touched 1,30,000 tonnes and 50,000 tonnes even in their best ever years of 2013-14 and 2018-19 respectively. But the country is the world’s biggest market for milk and milk products — which will only grow with rising incomes and high elasticity of demand. Access to this market will obviously benefit the predominantly export-oriented dairy industry of New Zealand and Australia.

What are the specific dairy segments that overseas suppliers would target?

India’s imports primarily comprise whey products and cheese, which have limited consumer markets in the country. For all the hype, the domestic market for cheese is just Rs 1,400-1,500 crore, of which Rs 900-1,000 crore goes for industrial use (basically pizza-making), and only the balance is sold in consumer packs. There may not be too many takers for foreign ice cream or yogurt brands either.

What New Zealand and Australia would really be eying is the Indian market for commodities, viz. milk powder and fat. That is where the volumes are — which Malaysia and Indonesia successfully exploited in palm oil, as did Argentina and Brazil in soyabean oil and Ukraine in sunflower oil.

RCEP could perhaps end up doing to dairy what the free trade agreement with the Association of Southeast Asian Nations (ASEAN) did in palm oil, fear many in the industry in India. 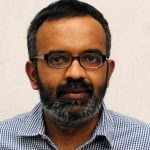