In urban areas, the demand for milk is mainly fulfilled through purchase. The proportion of consumers purchasing milk in rural India is 65% whereas one third of them depend on milk produced at home. The per capita consumption of milk is markedly higher in families who own dairy animals. Since fewer families own dairy animals in Southern and Eastern regions, they stand out in terms of potential for liquid milk market. Thus the rural areas of Andhra Pradesh, Bihar, Kerala, Karnataka, Maharashtra, Punjab, Tamil Nadu and West Bengal reveal big scope for liquid milk marketing.

The food basket alters with change in food habits, level of income, lifestyle, urbanisation, affordability and accessibility. With increase in level of income and improvement in lifestyle, the consumption basket tends to diversify. Such changes are clearly visible in the country including the rural areas. Milk and milk-based derivatives occupy prominent place in Indian food basket. According to Consumer Expenditure Survey (CES) report of National Sample Survey Organisation (NSSO) for the year 2011–12, the country’s 82% population in rural India and 89% in urban India consumes milk in one form or other. Milk, being an important commodity in the food basket and one of the important sources of protein for lactovegetarian Indian population, it is interesting to know how the increasing demand for milk and milk products is being fulfilled in rural and urban areas.

Under this backdrop, a special analysis of consumer profile in respect of proportion of purchase and home produced components of liquid milk has been carried out with the help of unit-level data of 68th Round of CES Report of 2011–12 of the NSSO. The CES reports published Exploring Markets for Liquid Milk in India by the NSSO do not have any information pertaining to it as this is not a regular output brought out in various rounds of NSSO Consumer Expenditure surveys. Nonetheless, it helps in understanding the proportion of consumption that is “purchased” or “home produced” or otherwise. There are larger issues in this simple data. To illustrate, if the incidence of home grown is high, the dependence of the rural population on such a product will necessarily be less. Largely, the nature of production in this kind of production system would be considered as subsistence. If the incidence of purchase of a particular commodity is high—it will necessarily mean that there would be some form of market in the rural area. It is equally important to relate the volume of consumption, along with the sources of consumption (like purchase, home grown, free collection etc) for a complete understanding of the size of the market. The present analysis is aimed at assessing the sources of milk consumption and connecting the same with the prospects of exploring rural markets for liquid milk in different states of the country.

About two-thirds of the rural consumers meet their requirement through purchases and one-third from their own source of production. The households meeting milk requirement from both purchased and home grown sources are miniscule. Also, the extent of informal transaction of milk between the social and ethnic groups in rural areas is insignificant—meaning that milk is considered as a commodity of transaction with monetary value as opposed to free transaction. Same analysis at the regional level1 reveals notable observations (Table 1). In the Southern region, more than 80% of the rural consumers buy milk, followed by the Eastern region (64%) and Western region (63%). The incidence of consumption through home production is the highest in the North (47%), followed by the West (36%).

In terms of quantity, 65% of rural consumers purchase milk, accounting for 42% of total quantity of milk consumed, whilst 34% of the consumers produce milk, accounting for 57% of milk quantity. It may be noted that both the proportions of households consuming milk through exclusive purchase as well as percentage quantity of milk purchased by them are significantly higher in Southern region, followed by Eastern region.

The liquid milk consumer profile in the urban areas (Table 2) shows an overwhelming proportion of the consumers sourcing milk from outright purchase (97%), and only 3% managing through  home production. In other words, less than 5% of consumers in urban areas source their milk from home-kept milch animals.

Figure 1: Proportion of households reported milk consumption only through purchase and their share in total liquid milk quantity (%) (RURAL)

At the country level, a marginal increase is witnessed in meeting the liquid milk requirement through “exclusive purchase” (from 62% to 65%) during 1999–2000 and 2011–12. The incidence of milk consumption through purchase has increased in all regions of the country except the West. The same is noticeable in the Southern region. On the contrary, there is a decline in proportion of households consuming milk through “home grown” source across all regions (Table 3). The fall is noteworthy in the Southern region.

The states of Andhra Pradesh, Bihar, Karnataka, Kerala, Maharashtra, Tamil Nadu and West Bengal show relatively higher incidence of consumption through “exclusive milk purchase”. The shift from home grown source to purchase as a medium of sourcing milk is conspicuous in Tamil Nadu, which may call for detailed probing.

From the point of view of milk supply, the states like Andhra Pradesh, Bihar, Maharashtra and Punjab are front-runners in milk production. In these states, the proportion of households consuming milk through purchase in rural areas is substantially high. This leads to a logical inference that milk consuming households in rural areas are primarily non producers as milk consumption through exclusive purchase is so high. Therefore, these states show good potential for liquid milk marketing in rural areas.

Milk and milk products are important constituents of Indian thali and their demand has been increasing consistently in  view of economic growth and changing lifestyle. The analysis of milk consumers’ profile shows that 65% of milk consumers in rural areas source milk from the market. They account for 42% of total quantity of milk consumed. On the other hand, about one-third of the consumers depend upon milk produced at home, but their share in total milk quantity consumed is as high as 57%. This indicates if the household produces milk, the propensity to consume more quantity of milk increases. This results in relatively higher per capita milk consumption among these households.

Thus, dairy husbandry in rural areas plays vital role in meeting the nutritional requirements of the family. While the Southern and Eastern regions exhibit relatively better prospects for rural milk markets in general, the states of Andhra Pradesh, Karnataka, Kerala, Tamil Nadu and West Bengal offer relatively greater scope in exploring rural marketing of liquid milk in particular. Leading milk producing states like Andhra Pradesh, Bihar, Maharashtra and Punjab have substantial number of milk consumers who do not own dairy animals and therefore, ensure vast market for liquid milk in the rural vicinity. 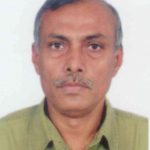