There are similarities and also the possibility of adapting our learning in agriculture to dairying, not just at the farmer level but also on the policy front. The White Revolution was achieved on the back of a cooperative model where the milking itself was done by hand. Imagine how India can be a significant player in the world market by supplying good quality dairy products through mechanisation and better dairy farming practices.

Having been associated with farm mechanisation for close to two decades — first in the tractor industry, then in combine harvesters and now in dairy farm equipment, I find it interesting to correlate mechanisation in agriculture with mechanisation in the dairy sector since the ultimate producer in both cases is the farmer. There are similarities and also the possibility of adapting our learning in agriculture to dairying, not just at the farmer level but also on the policy front.

While on the face of it, it appears a nice continuity as I have moved on from harvesting grain to harvesting milk, each experience has been significantly different, because there is a huge difference in the extent to which India has adopted tractors, combines and milking equipment. It would be important for me to briefly touch upon tractor and combine harvester usage in India to explain my point.

India is today the world’s largest market (by volume) for tractors. It has achieved substantial growth in foodgrain production since the beginning of the Green Revolution in the sixties. While this increase has been possible because of several factors including improvement in quality seeds, increased use of fertilisers, plant protection chemicals, irrigation, cropping intensity etc, mechanisation, especially the use of tractor in agriculture, was crucial to this success. In addition to the savings on labour, tractors enhanced agricultural productivity due to better seed-bed preparation and timeliness of operations. Subsequently, with the use of the seed-cum-fertiliser drills, farmers also achieved better precision in distribution and placement of seed and fertiliser.

With increasing tractorisation, the tractor industry kept pace with significant investments in India. Tractors were imported decades ago, but today there are a host of tractor companies (including major MNCs) manufacturing tractors in India, with significant volumes now also being exported. Easy availability of retail finance through banks and NBFCs has also been an important factor that has contributed to the growth of tractorisation in India.

Adoption of combine harvesters started much later, but over the last decade, India has made significant progress on this front. States like Punjab, Haryana, Tamil Nadu, Andhra Pradesh and Karnataka now have a good penetration of combine harvesters. In many central and western Indian states, although the combine ownership is low, harvesting is still done by contractors from Punjab on a contract hiring basis. East is also now catching up, with Government support. Earlier political opposition in some States, on account of a fear that combine harvesters would displace labour, quickly vanished when farmers were faced with a serious shortage of labour to harvest fields. The usage of combines in harvesting has resulted in significant savings for the farmers as labour forms a major component of the cost of production.

Combines also ensure timely harvesting and lesser grain loss and pilferage. The combine industry in India is now developing with a few MNCs and several Indian companies beginning to make investments. The initial reluctance of financiers to extend retail finance for combine harvesters is also changing. Several Banks and NBFCs now have specially designed financing products for customers where repayment schedules are designed to match harvesting seasons (and therefore the customer’s cash flows).

In both tractors and combine harvesters, we have seen that farmers, industry as well as the end consumers benefit from increasing adoption of mechanisation. The story on mechanised milking in India is completely different. Unlike the Green Revolution that went hand in hand with an adoption of progressive mechanisation, the White Revolution which took India from being a milk-deficient nation to the largest milk producer in the world was achieved on the back of a pioneering cooperative model where the milking itself was (and largely still is) done by hand by small dairy farmers.

Several milk processors, both cooperatives and private, have been promoting the use of bucket milking machines. Several dairy farms have also adopted use of milking parlours. Despite this, on a national level, the percentage of mechanised milking in India is negligible even today. I must admit that for me personally, this was a sobering realisation.

But this story is fast changing. I have no doubt that India is now at a point of inflexion when it comes to demand for mechanisation on the dairy farm. Just think of it. The largest milk producer in the world, estimated at 140 million tonnes per year, and much of it hand milked! The economic growth and steady urbanisation has a two-pronged effect on the dairy industry. On one hand it increases the demand for milk and milk products while on the other hand it ensures that farm labour is more productively employed in services and manufacturing resulting in a significant shortage of labour on the dairy farm. Whatever labour is available is then very expensive and unaffordable for the farmer.

In addition to addressing the issue of shortage and high cost of labour, mechanised milking with better farm management practices can also help in clean milk production where we are below global standards. An overwhelming majority of the milk supplied across the country fails to meet the food safety and standard norms. A commercial approach to dairy farming, with the right level of mechanisation and professional farm management practices is the way forward. While large-scale corporate dairy farming would develop in the long-term, in the meantime, medium-scale farming will be essential to secure sufficient milk supplies of desired quality.

We would of course need to address several challenges like quality of animals, animal health and breeding, availability of quality fodder, increasing shortage of land and water, availability of financing for dairy projects, to name just a few. These challenges cannot be wished away and have to be addressed if India needs to effectively meet the growing demand for quality dairy products. Aspects relating to genetics and animal health are critical to this success — it is after all the animals that provide the milk, not the equipment. Availability of easy retail finance to the entrepreneurs wanting to invest in dairy farms is just as important. Not many financiers today understand the commercial aspects of dairy farming and are therefore not confident in providing loans. Many projects go through frustrating delays only on account of this.

Hiring of Tractors and Combines

Another limitation to mechanisation in the dairy farming sector is scattered dairy farms and small farmers with few animals. This problem of small and fragmented farms was also a barrier to the use of tractors and combines. However, to a large extent, this limitation has been addressed with the custom hiring of tractors and combines. Small farmers do not need to own the expensive equipment themselves but they could hire these out on an hourly basis to get their work done from contractors who own the tractors or combines. A similar model is more difficult to implement in the mechanisation of dairy farming. Some creative interventions have been tried out like community milking centres where the farmers can take their animals to the community milking centre on a pay-for-use model.

Another option is for the animals to be placed together in a single farm where individual dairy farmers share the profits based on the volume of milk and number of animals they own. The farm itself would be run in a professional manner like a commercial dairy farm. There are other similar models that are being tried out but none of them has yet been replicated or scaled up successfully enough for it to make a larger impact.

One way for the benefits of mechanisation and better farm management to reach the smaller farmers could be with the active involvement of the larger milk processors. The organised dairy sector in India has shown strong growth. With growing demand for quality milk and value-added dairy products, the milk processors would also be compelled to strengthen the upstream linkages with dairy farmers to ensure a reliable supply of quality milk. In addition to assuring reliable supply, processors with stronger upstream linkages would also have better margins. Dairy processors with their resource pool, knowledge of the supply chain and superior scale of operations, are best placed to understand the requirements for successful dairy farming and work towards viable solutions.

With processors playing a more active role, the challenges listed above can be better addressed. Investment in commercial dairy farms would then become increasingly more viable not just because of better price realisation from processors, but also because of their proactive involvement and support as a key stakeholder.

In addition to meeting our own growing demand, India has the potential to be a significant player in the world market provided we can assure a supply of good quality dairy products on a consistent basis through mechanisation and better dairy farming practices. India is a country where milk, in addition to being the main source of animal protein, is considered a fundamental life force. We can look forward now to some very exciting times! 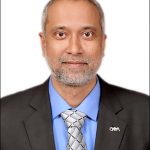