A confluence of political will, professional expertise, technological deployment and an eye for marketing, lifts India from a land of milk deficit to world’s largest milk producer

The story of 75 years of India’s independence can’t be complete without a chapter on its dairy cooperatives. After seven-and-a-half decades, as we stand today, we see India as a rising global force to reckon with, and the cooperative dairy sector has much to claim credit for.

On 15th August 1947, as India gained independence, her shoulders were burdened with poverty, malnutrition, growing population and unemployment. Milk deficiency was one of the several characteristics that described India as a poor nation. But over the years, with concerted efforts on dairy development, we saw dairying emerge as a strong fall-back option for the rural economy by providing not just the livelihoods, but also creating wealth for millions of farmers over the following decades. The growth story of Amul, and that of India’s dairy sector aptly corresponds to the growth story of India at 75.

In the initial years of independence, India struggled hard with increased population and stagnating milk production, which was at around 17-20 million tonnes annually.

The British policies had complicated India’s local milk businesses with policies supporting private sector or middle-man-oriented business structures that emboldened private monopolies such as Polson, who exploited small milk producers. The political leaders and farmer representatives felt the need for a revolution and thus the idea of cooperative dairying was born in 1946 under the guidance of Sardar Vallabhbhai Patel and cooperative leader Tribhuvandas Patel, who formed Amul.

The basic business idea behind this was cooperation. If farmers want good price for their produce, they should not just produce it, but also aggregate, add value and market it themselves under their own brand, and own the entire supply-chain of “cow/buffalo-to-consumers” so as to bring efficiencies, affordability and maintain profitability. This holds true for Amul even today.

The co-operative was formed, but something was missing — professional input and the approach to run a successful business enterprise. In 1949, Dr Varghese Kurien was brought-in and his contribution brought the remarkable results that we see today. Although, the seed was sown by the farmer leader Tribhuvandas Patel, it was nurtured by a professional like Dr Kurien, who made it a large banyan tree. From the L&T Silkborg plate pasteuriser that he installed at the Amul Diary in 1950, to the state-of-the-art model dairy plant at the National Dairy Research Institute in Karnal, Haryana, Dr. Verghese Kurien has seen it all. The Operation Flood programme, which he nurtured, has resulted in a tripling of milk production to 70 million tonnes in less than 25 years.

The leaders of that time wouldn’t have thought what Amul could do, what Dr Kurien could do, or what India could do for the world in dairy space. At 75 years, we see the strength of cooperatives as a business model for economic development of ‘Bharat’ in India.

For Amul, a major turning point came when Dr Kurien and his colleague, Shri HM Dhalaya developed milk powder from buffalo milk in the early 1950s. This was followed by cheese and baby food production from buffalo milk. Such use of technology gave Amul an edge over the multinationals. This was one of the initial commercial breakthroughs riding on the technological innovation and efficiencies, and translated into profitability for the dairy and its milk producers. It became a self-sustaining model.

Time had come for Amul to spread wings. In 1965-66, Prime Minister Lal Bahadur Shastri visited Amul and asked Dr Kurien to spread this dairy cooperative model to other parts of the country. India needed many more Amuls. Dr Kurien believed if this can be done in Gujarat, it can happen anywhere in India. To make it happen, the National Dairy Development Board (NDDB) was formed with a defined role — develop dairy organisations on Amul model and ensure livelihood at villages.

Dr Kurien roped in professionals like Dr Michael Halse, an FAO expert who taught at the Indian Institute of Management, Ahmedabad , to design the operation flood programme. A blueprint was prepared and implemented in multiple phases. The results were out for everyone to see. From the mid 1970s to 1996, India’s milk production eventually rose, and by mid 1990s, we not just became self-sufficient in milk, but also became the world’s largest milk producer.

The Operation Flood made India an exception in the whole of Asia. Many other Asian peers were also in the same boat with deficient milk output. Ironically, their condition remained more or less the same or has worsened today, but India is shining bright with milk revolution. The three-tier structure of cooperatives was the key differentiator. From 20 million tonnes in 1970s to 200 million tonnes of milk production now — with ten-times growth in milk output — India has come a long way in these 75 years. Credit goes to the methodical planning and execution by Dr Kurien.

Dr Kurien believed in the cooperative model because it takes care of both stakeholders (small growers) and small consumers. India is a country of lower middle class, and it is not justified to keep good quality dairy products accessible only to the elite. There is no mincing of words in saying that it is only because of the cooperative sector, there is affordability in dairy products. Cooperatives have become a benchmark, which the private sector tries to match with.

Another turning point came in 1991, at the time of economic liberalisation, which encouraged the private sector and brought-in competition. Even though, the dairy cooperatives did not benefit directly, the competition emanating from the private sector brought operational efficiencies and product innovation. This is evident from Amul’s growth — before and after the liberalisation. For Amul, each decadal growth is now higher than the previous decade.

In the past 75 years, India has realised what co-operatives can do for development of Bharat. In the next 25 years, co-operatives will breakaway from traditional agriculture or credits to newer areas of food deliveries, taxies, contractual labourers, security, mechanic, maidservants and many more service and manufacturing sectors. They too can succeed, provided they have the leadership and professional expertise, an eye for marketing and technology. A view of Amul Dairy in Gujarat

To sustain the growth, the ₹8-lakh crore dairy sector needs budgetary allocations equivalent to its contribution to the country’s GDP. Dairy is an important part of food security. So we have to see how a farmer in the next generation continues to be in the village to produce food. We must also address key questions such as, how to make agriculture or dairy a commercially viable sector for the educated next generation. It is by providing more sources and not by controlling prices.

The whole world is amazed to see what India has achieved in cooperating dairying and how is it still affordable to pass on 80 per cent of the revenues earned to the producers. Later this year, India is holding International Dairy Federation (IDF)’s World Dairy Summit, which coincides with celebration of India’s 75 years of independence.

The world wants to come and see, how differently are we able to collect smaller quantities of 2-3 litres from small milk producers? How are we able to sell, every day, about 50 million litres of milk in plastic pouches? How a litre of milk in India is sold to a consumer at about 50 cents and the producer gets 40 cents of it, whereas in rest of the developed world, he gets only 1/3rd? They are in search of answers to these questions. India has found the answers in 75 years!

This article was written for the Hindu Business Line on August 14, 2022. 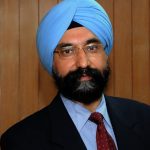