We have similar “experts” who tell us how India’s milk production isn’t growing enough to keep pace with its rising demand.

Agriculture accounted for 15.26% of India’s GDP (gross value added at current basic prices) in 2016-17, for which comprehensive data is available from the Central Statistics Office (CSO). NABARD’s All-India Rural Financial Inclusion Survey report for 2016-17 has estimated that the total number of agricultural households in the country works out to 37.5% of the estimated total population of 132 crore for 2016-17. Simply put, 37.5% of Indians are contributing 15.26% of the value of goods and services produced in the country from agriculture. To put it differently, almost 85% of income being generated in India is accruing to 62.5% of its people. An average farmer’s income is, thus, only 30% of that of a non-agriculturalist.

If the goal is to double the incomes of agricultural households, the focus should, therefore, be on diversification both within and outside the farm. It means enabling some members of farming households to find outside employment opportunities while, at the same time, raising agricultural incomes through increasing productivity, simple automation, lowering production costs and compressing value chains to maximise the producer’s share in the consumer rupee. Educating farmers on better agri practices constantly will bring necessary magic of efficiency and better return. We do it from our company regularly.

This is where dairying comes in. The CSO’s national accounts statistics shows that 26.15% of the GVA from India’s agricultural sector in 2016-17 was constituted by livestock. Further, 66.93% of the value of livestock output was from milk. It implies that roughly every fifth rupee in Indian agriculture comes from dairying. This is because practically every farmer produces milk, irrespective of what his/her “main” crop is. Unlike the main/principal crop that is marketed once or twice a year, milk brings in income on a daily basis. Also, its prices are less prone to volatility and there is no other crop where the Indian farmer realises roughly two-thirds of the rate paid by consumers (that ratio is one-third in the US). Organised dairies in India have evolved a unique procurement-cum-marketing system, wherein Indian farmers get 60 to 65% of the value of retail price paid by the consumer.

Milk is a source of liquidity, predictability and stability in rural incomes. Moreover, for every eighth or ninth farmer producing milk, there is a mom-and-pop store retailing the same. Again, there is no product that is as fast-moving as milk, allowing the small retailer to rotate capital 365 times a year. In short, in India, in spite of paying approximately 25% higher a price to the farmers compared to US, consumers get it at two-third of the price consumers in the US pay.

Against this background, it is incredible how some so-called economists are peddling nonsense about a sector, on which they seem to be ignorant of even basic facts. Take, for instance, the article “How Indian Dairy Sector can leverage opportunities in RCEP” (Financial Express, August 6), where the authors (Sanya Sharma and Ram Upendra Sharma) have stated that New Zealand’s dairy exports to the world in 2018 was approximately 3 million tonnes (mt), which was “merely” 1.6% of India’s annual milk production of around 180 mt. On this basis, they argue that there is no need to be worried about opening up our domestic market to dairy products from New Zealand or Australia under a Regional Comprehensive Economic Partnership (RCEP) trade agreement.

Now, one should know that global dairy trade takes place not in milk, but milk solids. The 3 mt dairy exports that the writers talk about—it was actually 2.55 mt in 2018—included 1.37 mt of whole milk powder, 501,000 tonnes of butter, 358,000 tonnes of skimmed milk powder and 322,000 tonnes of cheese. All these are milk solids. Cow milk typically has 12% solids (3.5% fat and 8.5% solids-not-fat); the remaining 88% is only water. The right comparison would be milk with milk: To produce 3 mt of solids, we would require some 25 mt of milk. 25 mt is 14% of India’s milk production. Importing so much of milk equivalent isn’t “minuscule”, as the two economists claim. For them, milk and milk powder are the same, just as sugar and sugarcane (which, too, is not globally traded) are!

We have similar “experts” who tell us how India’s milk production isn’t growing enough to keep pace with its rising demand.

There are also those who believe imports would make our dairy industry efficient and globally competitive. Yes, we should focus on bringing down production costs. My company has shown that this can be achieved by encouraging farmers to cultivate high-yielding green fodder (such as Co-4 and Co-5 developed by the Tamil Nadu Agricultural University) for reducing reliance on expensive cattle feed and adopt simple automation (brush-cutters and rain-guns) for labour and water savings. How does import help in all this? It’s like Mullah Nasruddin searching frantically for the key, which he lost at home, in the street—because there was no bulb in his home and only the street had lights! When milk is being produced in Tamil Nadu or Gujarat, should we search for efficiency in Auckland and Wisconsin?

For want of a foreign egg, we mustn’t kill the golden goose. There’s no better golden goose than milk for the Indian farmer and the small retailer. 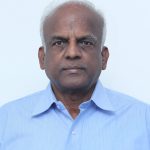