The Karnataka Milk Federation (KMF) has strived hard to create a supportive and conducive environment for the holistic growth of dairy cooperatives as autonomous economic and social institutions. This has significantly contributed to creating a self-reliant and vibrant rural economy in Karnataka. The Karnataka State Government is also according top priority through milk price incentive and financial support to dairy infrastructure and other programmes.

Dr V. Kurien, Father of Indian dairying, once said “When I witness the pace at which the dairymen of Karnataka are progressing, I fear that they may overtake our Amul. But, I also ardently desire that they surge ahead”. Karnataka Cooperative Milk Producers’ Federation Limited (KMF) is almost there, having achieved second position after Gujarat Cooperative Milk Marketing Federation Ltd (GCMMF) in terms of milk procurement and total turnover. In four decades, Karnataka has turned from a milk-deficit into a milk-surplus state based on strong cooperative dairy movement. Although Karnataka stands third position in milk production amongst southern states and 11th among the states in India, in cooperative milk procurement, it stands second at the national level and leading in South India. Today the milk producers of Karnataka get the best milk price for the milk supplied to cooperatives and consumers get milk at very competitive prices. More than 82 per cent of the consumer rupee of milk is transferred to producers.

KMF and its Unions have producer-elected boards of directors to manage the activities. Similalry, the village cooperatives also have elected management committees. Effectively, the milk producers are democratically governing the entire federal cooperative structure of KMF. This has helped the higher tier organisations to understand needs of the lower levels so as to serve them better. The effective functioning of all the three tiers helps in flowing the financial gains to the milk producers. In short, the instruments of dairy development of the state are effectively in the hands of the farmers themselves.

In the last four decades, KMF has been successful in reaching over 2.30 million farmer families in 21,454 villages, thereby covering more than 80 per cent of the villages in the State. There are 14,345 Dairy Cooperative Societies (DCS) of which 3,229 are Women DCS. More than 95 per cent of the DCS are in profit. They have been able to bring about such changes as to be successfully creating productive employment, overcoming poverty and achieving social integration. The average milk procurement during 2014-15 was 58.69 lakh kgs per day (LKPD), with peak reaching up to 63.48 LKPD. KMF has also registered a CAGR of more than 10 per cent in procurement growth in the last ten years. KMF Vision-2025 document has projected to procure about 133 LKPD, with peak reaching up to 153 LKPD by 2025.

The KMF has made large investments in member education and training. It has one central training institute and strategically located two regional training centres. These training centers have state-of-the-art facilities, competent trainers and well-equipped hostels to conduct wide range of need-based training programmes to farmers, DCS staff, DCS management committees, officers of the Unions and Federation. Due to these training programmes, today the milk producers of Karnataka are better informed about technologies and economics of more efficient and quality milk production and are motivated for higher achievements in dairying. Regular interactions with the farmers at different levels have helped KMF to understand the needs of farmers and to fine-tune its developmental efforts.

To give remunerative price to producers and to give value for money to customers, KMF is striving to excel on three critical factors of business—Quality, Cost and Delivery.

Of late, KMF is giving greater emphasis for procurement of quality milk from DCSs. It has adopted the theme “Quality Excellence from Cow to Consumer.” Many Clean Milk Production (CMP) initiatives have been implemented at all the stages of procurement, processing and marketing. Among these CMP initiatives, noteworthy is the setting up of Community Milking Parlours in villages. This system has several advantages such as prevention of mastitis in milch animals and improvement of productivity. The milk from milking machines, collected through Automatic Computerised Milk Collection Units is chilled directly in Bulk Milk Coolers. This chilled raw milk, untouched and unadulterated by human hands, has very high microbiological quality, comparable to international standards. This high quality milk is being utilised for manufacturing high quality value added milk products.

Cost competitiveness is another important factor for continued viability of milk unions and to ensure that its producer members received the highest possible share of the consumers’ rupee. The gap between the producer and the consumer price of milk is being reduced by improving efficiency in processing, and reducing costs in collection, processing and distribution of milk and milk products. These efforts are benefiting both the producers as well as consumers. One such noteworthy initiative towards achieving cost competitiveness is the implementation of Total Energy Management Programmes by the Unions of KMF, conducted with the assistance from NDDB and IRMA. This has resulted in huge savings in energy and water consumption. In recognition to these stellar efforts, the Milk Unions of Karnataka are being regularly conferred with Energy Management Awards by Bureau of Energy Efficiency of Government of India.

The value addition at procurement and processing stages can be realised by the cooperatives only through better control over marketing. Hence, KMF is making all out efforts for marketing of milk and milk products, and is successful in garnering a significant market share of more than 65 per cent in liquid milk in the state, which is considered to be one of the highest by a cooperative brand. KMF marketed 7.77 LLPD (lakh litres per day) of milk during 1990 which has increased to 30 LLPD during 2013-14. KMF is market leader in selling curds to the tune of 3.75 LKPD, which is highest in the country.

A marketing chain consisting of nearly 3,000 retail outlets, across the state ensures timely availability of Nandini milk and milk products to consumers. Nandini with its brand motto of “Spreading wealth of health” has become synonymous with assured quality and timely supply of milk and milk products at competitive prices.

KMF has introduced wide range of milk and milk products, across all categories catering to various consumer age groups and taste profiles at varied price points. Now, under Nandini brand, over 60 different milk and milk products in more than 250 SKUs (Stock Keeping Units) are being marketed. KMF believes that a loyal consumer is key to growing the brand image and hence making all-out continuous efforts to delight customers by offering wide range of high quality products at highly competitive rates, unmatched by any competitor in the market.

When KMF started witnessing sudden spurt in milk procurement due to this massive milk price incentive programme, KMF requested the State Government to start a School Milk Programme. The State Government responded with the Ksheera Bhagya programme, which is a revolutionary, innovative and first-of-its-kind programme in the country.

More than 50 per cent of children in Karnataka State are suffering from malnutrition, resulting in improper physical and mental development. For their healthy growth and all-round development, the Chief Minister of Karnataka launched “Ksheerabagya”, on 1st August 2013. Under this programme, 6.5 million children in 51,000 government schools are covered. Each child is given 150 ml of hot milk (reconstituted from 18 grams of Whole Milk Powder) with sugar, thrice a week in schools.

Further, under Integrated Child Development Programme, 3.9 million children from age of 6 months to 6 years in 64,000 Anganwadis in the state are given skimmed milk powder. Totally, over 10 million children are being given free milk by the State Government. This ambitious programme requires 23,570 tonnes of milk powder valued at over `6,400 million every year. This revolutionary programme has successfully achieved the twin objectives of overcoming malnutrition among children in the state and profitable disposal of surplus milk of farmers.

The Government of India is also supporting cooperative dairy development in Karnataka through Rashtriya Krishi Vikas Yojana (RKVY) and other programmes.

KMF has demonstrated that with appropriate policy environment and supporting infrastructure and services, Dairy Cooperative Societies can become engines for the growth of rural sector and help to contribute towards reduction in poverty. As a testimony to this, the World Bank experts have noted in an assessment study of villages with DCSs in Karnataka that “there is a positive impact on those who are at the lower end of the economic ladder”. 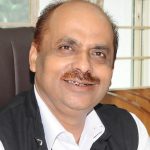