It is estimated that over 100 million hectares of land in the country is underutilised. Such degraded wastelands are accelerating soil erosion, surface run off of rain water and hosting various pests and diseases. Development of these lands will enhance the supply of forage, while recharging ground water and improving the bio-diversity.

Livestock is a means of livelihood for small farmers, an important source of human and crop nutrition, and power for agricultural tillage and transportation. The economic viability of dairy husbandry depends on the genetic potential for production, good health care, balanced feed and efficient marketing of the produce. The profitability of dairy farming is directly related to the sources of feed and fodder since 65-70 per cent of the total cost of livestock farming is attributed to feeding. Hence, efficient dairy husbandry should take care of the nutritional requirements in an economical and efficient way.

Milking animals require certain quantity of protein and carbohydrates from either concentrate or nutritious fodder. Animals yielding upto 5-8 kg milk per day can be maintained exclusively on 48-55 kg lucerne or berseem greens, as a substitute for 4.5 to 5.0 kg concentrate. Moreover, as fodder is cheaper than feed, it can be easily produced by farmers. Thus, fodder production is essential to reduce the cost of milk production. However, the supply situation is disappointing as the gap between demand and supply is very wide. The fodder demand and supply from 1995 to 2025 (Table 1) indicates a deficit of 60-65 per cent green and 20-25 per cent dry fodder, reflecting under-feeding of low productive animals.

Causes of forage and feed shortage

Shortage of feed and fodder resources can be due to several reasons. Significant among them are:

The livestock owners take good care of milking cows and buffaloes and working bullocks. They neglect low productive animals, representing about 60 per cent of the cattle and buffalo population, which do not respond to better feeding. It is reported that while 54 per cent of the fodder is met from crop residues, 18 per cent is from grasslands and only 28 per cent from cultivated fodder crops. While the crop residues have been the major source of feed in many parts of the country, there has been wastage particularly in Punjab, Haryana, Rajasthan and Uttar Pradesh. In contrast, in urban areas, particularly around Hyderabad and Bangalore, dairy animal owners purchase chaffed sorghum stalk at Rs. 5,500 to 6,500 per tonne and wheat straw at Rs. 1,500 to 2,000 per tonne. Hence necessary infrastructure is required to make best use of the available fodder resources, apart from enhancing the production further.

Over 90 per cent farmers being marginal (69.4%) and smallholders (21.75%) owning over 90-95 per cent livestock, they do not cultivate fodder crops as their priority is food grains. Some of the major problems for growing fodder crops are less availability of good quality seeds, high cost of seeds, inputs, fertilisers and lack of crop loans. Thus, the area under fodder cultivation has remained stagnant at 4.4 per cent of the total cultivable area, since the last two to three decades.

The major fodder crops cultivated are sorghum, maize, bajra, oats, hybrid Napier, Guinea grass, lucerne, berseem, cowpea and others. Sorghum, maize, oats, lucerne, berseem and Hybrid Napier are more popular because of easy availability of seeds and planting material of improved varieties and well developed technology to increase the forage yield and quality. To increase fodder production, it is necessary to assure supply of good quality seeds, fodder harvesting machinery to save labour and timely credit.

Considering the limitations of traditionally cultivated fodder crops, it is necessary to introduce non-traditional fodder crops on marginally productive farms and denuded community lands. There are many hardy grasses and legumes like stylo, siratro and Hedge lucerne, which can be grown on wastelands without irrigation and many fast growing shrubs and trees which can be chopped regularly as fodder. Such tree species can be established on field bunds, home gardens and along farm boundaries.

It is estimated that over 100 million ha of lands in the country are underutilised. These degraded wastelands are accelerating soil erosion, surface run off of rain water and hosting various pests and diseases. Development of these lands will enhance the supply of forage, while recharging ground water and improving the bio-diversity.

Watershed development programmes are also an excellent vehicle for promoting fodder production, resulting in regeneration of native shrubs and grasses on field bunds and scope for promoting forage legumes and grasses. Fodder tree species like Subabul, Gliricidia, Acacia, Sesbania, Prosopis (Khejri), Calliandra, Dalbergia and Mulberry, can be planted on bunds and borders. The inter-space in orchards can be used for crop or forage production. Establishment of leguminous shrubs in orchards, can enhance fruit production. Although pods of Acacia, Prosopis, Sesbania, Bahunia, Samanea and Albizia are nutritious and palatable, they need to be crushed and mixed with locally available biomass before feeding.

Development of community pastures is another good opportunity. Although 2-5 per cent of the land in every village is reserved for community pastures, in the absence of controlled grazing, the productivity is low. Such lands can be brought under Silvipasture, by introducing suitable fodder shrubs, trees and grasses, involving local people. Further efforts are needed to breed and select drought tolerant genotypes and fodder crops suitable for watersheds and wastelands. Seed production of elite genotypes is necessary to meet the demand.

Efficient use of crop residues

During the Green Revolution, deliberate attempts were made to evolve high yielding varieties by reducing the stalk yield, as crop residues had no significant value, due to low productivity of livestock. With the increasing demand, farmers have reverted to the old varieties with higher stalk yield. The demand for high stalk yielding varieties of cereals and millets has set a new direction for breeding and selection of new varieties, to attain higher fodder quality and yield, without reduction in grain yield. This calls for breeding and popularisation of forage-rich food crops.

Timely harvesting of crop residues, proper processing and storage, can enhance the quality of forage and prevent wastage. Harvesting of stalk before it turns fibrous for direct feeding or conversion into silage can ensure high nutritive value and also reduce methane generation by ruminants. It has also been reported that chaffing of stalk before feeding can avoid wastage up to 25-30 per cent while reducing the emission of methane by 10 per cent. Treatment of crop residues by soaking in water and with steam under pressure can improve the nutritive value and palatability over and above the urea treatment and addition of molasses.

To prevent wastage of crop residues, fodder banks can be established in fodder surplus areas for processing into compact feed blocks and transporting them to fodder deficient areas. Establishment of complete feed production units can enhance the demand for fodder by small farmers for expanding their herd size. Involvement of local livestock keepers’ groups for operating decentralised feed production units, can ensure sustainability.

There are different types of industrial by-products, particularly from the food and beverage industries located in urban and peri-urban areas. Livestock keepers’ organisations can tie up with these industries to collect the by-products for processing and feeding their animals.

Farmers generally compare the economics of forage with other agricultural crops. Forage cultivation on agricultural lands is least attractive, unless they own superior quality livestock. Hence, efforts should be made to promote fodder production in the areas where livestock husbandry is progressing well and the productivity of animals is high. There is also a need to develop a fodder market where farmers can sell the surplus forage.

To reduce the cost of production and harvesting, it is necessary to develop suitable machinery for carrying out various operations such as multipurpose power tillers and tractors. Suitable techniques for preserving surplus forage as forage pellets, silage and hay, should be developed. With close interaction among small farmers, it is possible to promote various good cultivation practices to increase the profitability of dairy husbandry. 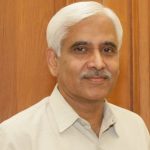