There are straw rich states which burn millions of tonnes of rice and wheat straw every year as a means of disposal. Salvaging the straws for animal feed will go a long way in increasing the availability of ruminant fodder and feeds. Production of very high yielding perennial tropical grasses will benefit both the grower as well as the dairy farmer.

Marginal farmers constitute the core of livestock production sector in India. Nearly 80 per cent of all large ruminants, including the high yielding crossbred cows and over 85 per cent of all other livestock, are owned by them. Ruminant production in India is predominantly based on sparse grazing on highly overgrazed common grazing lands, on crop residues like straws and stovers of food crops: cereals, millets and pulses. Concentrate feeds are used to supplement the dry fodder diets in the case of producing/working large ruminants; while small ruminants subsist entirely on open grazing/browsing. Supplementing the dry fodder diets with some green fodder considerably enhances the efficiency of the production system, reduces emission of green house gases and reduces dependence on expensive concentrate feeds, thus enormously reducing production costs. Where promotion of green fodder production is concerned, India had always been trying to persuade the marginal farmers, over 70 per cent of them with less than one acre of land (almost all of them rain-fed), to grow green fodder. The result as time proves had been disastrous: we had clearly been barking up the wrong tree.

APPLICATION OF TECHNOLOGY/PRACTICES BY FARMERS

Thinking out of the box for increasing fodder supply in villages and for improving farmers’ access to fodder will greatly enhance milk/other livestock production efficiency in every village with a milk collection centre (MCC), dairy cooperative society (DCS), new generation cooperative (NGC) or a farmer cooperative (FC). There are over 100,000 villages in India with some sort of organised milk marketing infrastructure (MCC/DCS/NGC/FC). Failure to do so would on the contrary impose severe limitations on livestock production efforts in India leading to progressive scarcity in almost all livestock products in the face of burgeoning demand for them.

Research efforts of fodder scientists in the country have thrown up many outstanding successes in the development of both grass varieties as well as legumes for fodder. There are now very high yielding perennial (replanting in 5-6 years) tropical grasses like Hybrid Napier Varieties CO3 & CO4, which yield over 300/400 mt of green per year per hectare respectively and assured net annual incomes of Rs. 250,000 per hectare.

Selling Green Fodder at Rs. 1 per kg, the fodder farmer will receive daily cash incomes round the year, totalling up to Rs. 300,000 per hectare per year and net incomes of Rs. 250,000. One hectare of such fodder crops can support the complete fodder supplementation need of at least 30 cows/buffaloes round the year (feeding @ of 20 kg of green fodder per day per animal) or over 300 small ruminants @ 4 kg per head per day.

There are several land surplus farmers with fully irrigated land to spare for high yielding, high income cash crops, in almost every MCC/DCS/NGC/FC village, in all milksheds. They are always on the look out for lucrative high value crops for vastly increased cash incomes from their irrigated land compared to conventional crops.

Marketing fodder crops round the year on a daily basis had always been difficult for the fodder growing farmer and so the opportunity offered by these super fodder crops has remained dormant. The MCC/DCS/NGC/FC can identify the land surplus farmers in the village with irrigated land to spare for cash crops and enter into mutually benefiting annual contracts with them for cultivation and daily supply of cut green fodder to the collection centres for sale to milk suppliers/small ruminant farmers.

Promotion of Rotary Chaff Cutters (manual or electric powered) in farmer households can help chop the green fodder into small bits and avoid any waste of the precious fodder. Reasonably priced manual or power driven rotary chaff cutters are readily available in the market in all regions in India.

Fodder on contract by land surplus farmers in every village needs only promotional efforts and organised marketing by the MCC/DCS/NGC/FC, but no cash inputs by the Governments or the Cooperatives. This is eminently practical, demand driven and can be universally applied in any village in the country where organised milk marketing exists. This has never before been attempted by the development agencies or by the MCC/DCS/NGC/FC.

India produces some 300 to 400 million tonnes of straws/stovers in its crop production system annually. Farmers all over the country use home grown dry fodder as the staple diet for their milk, meat as well as work animals.

However there are straw rich states which burn millions of tonnes of rice and wheat straw every year as a means of disposal. Salvaging the straws for animal feed will go a long way in increasing the availability of ruminant fodder and feeds. Failing to do so would seriously hamper the country’s livestock production enhancement efforts and increase cost of production in general.

A survey on end use of rice and wheat straw in Punjab reported that less than 10 per cent of rice straw and only 40 per cent of the wheat straw, produced annually, find use as fodder. Farmers in Haryana, Punjab and Western Uttar Pradesh have largely replaced rice and wheat straws with high yielding and high quality fodder crops, both grasses and legumes. In Punjab alone nearly 8 million tonnes of rice straw and some 9 million tonnes of wheat straw are burnt in situ as a means of disposal annually. Millions of tons of wheat straw in Gujarat and rice straw in Madhya Pradesh are burnt annually as farmers do not feed them to their dairy or work animals. Tamil Nadu is a straw surplus state even though rice straw is the staple diet of dairy cows and work animals alike in the state.

There are over 800 animal feed milling plants of assorted sizes distributed all over Punjab. This minimises the need for transport of straw across the state for processing. Enriched rice/wheat straw pellets from Punjab can take care of the total needs of ruminant fodder/feed in the drought ravaged and grossly fibre deficit state of Rajasthan next door.

Table 2. Rice and Wheat Straw: Production and end use in Punjab.

Punjab can also market enriched straw pellets to all cattle feed manufacturing plants in North India, as a low cost ingredient for balanced cattle feed. Small straw pelletising plants, if established in the straw producing areas of Madhya Pradesh/Gujarat can supplement ruminant feeding in straw deficit areas of Andhra Pradesh and Orissa; and in Tamil Nadu for use in Kerala.

Shredded wheat and rice straw left behind by harvesters can be pulverised/chopped and pelletised in feed mills, with or without enrichment (urea, molasses, other feed ingredients), which enhances its universality as a ruminant feed, as it can then be stored, transported and utilised as feed in far away fibre deficit areas. The technology for pulverising, chopping (wheat/rice straw) and pelletising straw will have industrial scale application in all regions of the country where straw is burned for disposal: rice straw in Punjab, Haryana, Western Uttar Pradesh, Madhya Pradesh; wheat straw in Punjab, Haryana, Gujarat, Madhya Pradesh thus making available millions of tons of enriched straw pellets (both rice and wheat straw) as ruminant feed. 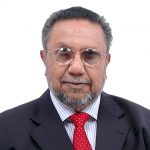