One afternoon in 1977, soon after getting my doctorate in business from the Indian Institute of Management Ahmedabad (IIMA), I chanced to visit the NDDB campus at Anand. A friend from IIMA had suggested me to meet the NDDB Secretary to explore a possible job. The Secretary, a dairyman, gave me an audience but was about to dismiss me when he decided to pass me on to Dr Michael Halse, an FAO advisor, who had an IIMA connection.

That is how I met Mike for the first time. Having trained in banking and finance, my preference was to work in the Reserve Bank of India where my guide was to assume the Governor’s role. However, my casual meeting with Mike went on for nearly three hours during which I explained to Mike the complicated econometrics of the monetary policy model I had estimated for my doctoral dissertation. I thought monetary policy model would be of little interest to NDDB and, after a point, was just going through the motions. But Mike seemed more interested in learning about it than my thesis committee. He interrogated me in detail.

At around six in the evening, I was ushered into Dr Kurien’s office. Dr Kurien interviewed me briefly and remarked: “We are planning the second phase of Operation Flood and Mike thinks you could be of use to us.” That evening, I left for home with an appointment letter, and the following week I joined the NDDB. For the next 30 months, I worked closely with Dr Kurien and Mike.

A small unit called Management and Economics Unit (MEU) was set up in Dr Kurien’s offi ce and I was asked to head it. Mike and I discussed for long hours on the structure of India’s food-agriculture economy and the opportunities for intervening in it through cooperative organisations. Before I knew it, Mike had got me to apply my econometric modelling skills to model the food-agricultural economy.

The model was large and unwieldy but Mike had a child-like fascination with it because the model could be used to estimate quantitative impacts of policy interventions on area under crops, productivity, production, prices and so on. Every morning, Mike would set us off with a slew of posers such as “what would happen to India’s food grain production if the export tax on oilseed crops were abolished” or “how would milk production respond to a 10 per cent increase in the price of de-oiled groundnut cake”.

The MEU boys would crunch numbers all day long and discuss our model results in the evening. After a few months, the entire model and all the simulations were brought together in a 120 page document entitled the “Economics of the National Diet”. Over a 100 copies were forwarded by Dr Kurien to members of the Planning Commission, agriculture secretaries at central and state level and scores of other worthies.

It was this econometric model that became the basis for the preparation of Operation Flood II, and later the oilseeds project. Those days, discussions on India’s agriculture economy tended to be primitive and basic. When the MEU boys computed that the income elasticity of demand for milk in India was well above 1.6, Dr Kurien and Mike used the number (and the jargon) to great effect in showing how demand for milk is certain to gallop with rising incomes and why a national effort to modernise the dairy economy was justified. IIMA prepared me to work with a large clutch of tools and techniques. But it was with Dr Kurien and Mike that I learned to use these in everyday work and in problem solving.

Dr Kurien was a doer and manager of great calibre. However, it was after he got Mike to work for him that Dr Kurien began to conceptualise—and then verbalise— what the Anand Pattern meant and what it can do for India.

Dr Kurien sketched out the contours of how Operation Flood could be conceived; Mike put flesh and blood in it and built it into a project document. He was often admired as a writer; but he was a thought leader.

Mike’s ultimate interest was in the problems of hunger and malnutrition. The ideas he developed while driving us to build the Economics of National Diet, grew in time into his doctoral thesis at Harvard Business School on conversion efficiency of energy use in alternative food agriculture scenarios. Years later, I felt that NDDB and Dr Kurien gave Mike a sense of purpose in life. Given his contribution to the NDDB and IRMA, he could have played a major role on IRMA or any other institution in the family. He did begin doing some teaching at IRMA, but once the FAO project came to a close, his association with the family also ended. With this, the NDDB lost its analytical muscle; and Mike lost his sense of purpose. He tried to find his ‘Kuriens’ in Sri Lanka and elsewhere, but without much success. 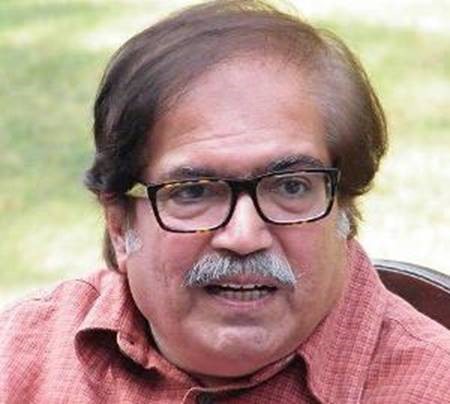