The debate on food security in India, till not very long ago, revolved around making available adequate quantities of produce to feed our vast population. However, of late, the emphasis has started shifting from quantity to quality, signalling a paradigm shift in the understanding, if not definition, of “food security”. And there’s no better candidate to take the discussion forward than milk.

The quantity question in milk has since long been addressed. It is the country’s largest “crop” today, both by volume and value. India is, moreover, the global leader in milk production by miles, with its daily per capita availability, at 375 grams, also above the world average. Qualitatively, too, it is a wholesome food containing animal protein, fat, carbohydrate, calories and sugar as well as calcium, phosphorus and vitamin A, D, B2 and B12.

But it does not end there. Being a universally consumed food – in India, vegetarianism does not extend to veganism — milk also offers itself as a natural vehicle for a nationwide food fortification programme that can effectively address the problem of under-nutrition amongst large sections of our masses. The potential is even more given the high income elasticity of demand for milk in the lower quintiles and deciles: Since their consumption of it would grow relatively faster than others’ with increased incomes, why not pack added nutrition into an already-nutritious food?

It is in this context that the current controversy over milk fortification, involving the Food Safety and Standards Authority of India (FSSAI) and the Gujarat Cooperative Milk Marketing Federation (GCMMF, better known as Amul), assumes significance. The national food safety regulator, in October 2016, brought into effect standards for fortification of milk with vitamin A and D, using premix supplements such as retinyl acetate or palmitate (for the former) and cholecalciferol or ergocalciferol (for the latter).

It is well known that micronutrient deficiency is a silent epidemic, contributing to high levels of stunting (low height for age), wasting (low weight for height) and underweight (low weight for height) among children. The Food Sustainability Index, developed by The Economist Intelligence Unit with the Italy-based Barilla Centre for Food & Nutrition, has ranked India 63rd among 67 countries in terms of micronutrient deficiency prevalence, with only Mozambique, Sierra Leone, Ghana and Kenya faring worse. A recent World Bank study has pointed out that more than 70% of Indian children under five are deficient in vitamin D (essential for calcium absorption and strong bones) and 57% lack adequate levels of vitamin A (necessary for vision and body immunity).

Now, it’s true that milk already contains vitamin A and D. So, why fortify at all? The answer to it is that both these are fat-soluble vitamins. When dairies remove fat in order to produce toned or double-toned milk — which is what most poorer households consume — it leads to their depletion. Fortification will, hence, help top up the lost micronutrients. Moreover, since the premixes used in fortification are water-soluble forms of vitamin A and D, they will remain in the milk even after the fat layer is removed after boiling. Fortification also does not change the colour, appearance or taste of milk, while costing hardly 3-4 paisa per litre.

In September 2017, the National Dairy Development Board (NDDB), in collaboration with the World Bank and Tata Trusts, launched a Milk Fortification Project targeting fortification of about 2 million tonnes of liquid milk to reach at least 30 million consumers. Currently, some 30 dairies, both cooperatives and private, are fortifying roughly 55 lakh litres per day (LLPD) of milk with vitamin A and D. The fortification is being carried out as per the standards set by FSSAI. Till now, over one million tonnes of milk fortification has already been achieved.

However, the idea of fortification hasn’t found favour with India’s largest and most reputed dairy brand: Amul. The Rs 33,150 crore-turnover cooperative, which procures an average of 230 LLPD from 36 lakh producer-members, has said that it only supports “natural fortification” to address micronutrient deficiency. This is as opposed “synthetic or artificial fortification”. A chemically fortified product, according to it, could have toxic effects on the body, especially if the premix isn’t properly stored or used in excess.

There is merit in some of these concerns. Random fortification may not only create nutrient imbalances, but even result in deceptive or misleading claims by manufacturers. Critics of fortification also raise issues relating to costs: While only 3-4 paise per litre, the amounts may not be small when multiplied by the sheer volumes sold each day. Not for nothing that questions get asked whether there are business interests lurking behind the curtain of the campaign for food fortification, starting with milk. Also, where does this leave the primary producer? He/she is, after all, getting nothing out of the higher price that the consumer is now paying for food with supposedly enhanced nutritional value.

While fortification might be a well-intentioned programme, the country’s largest producers’ cooperative and milk marketer staying out does little to help the cause. Organised dairies, as it is, handle barely a quarter of India’s total milk production and, even within that, more than a quarter is procured and marketed by Amul. That being the case, the programme’s effectiveness becomes questionable. FSSAI’s statements that food fortification is “voluntary” and akin to a “three-legged race”, wherein it would be scaled up in stages before becoming mandatory, isn’t helpful either.

It would be better that FSSAI and NDDB get all stakeholders on board in order to make the fortification programme a success. Amul’s position in favour of “natural fortification” deserves serious consideration. The dairy giant should, at the least, be encouraged to spell out its suggestions in tangible terms. Otherwise, the programme is the danger of falling by the wayside and confirming George Bernard Shaw’s observation that “hell is paved with good intentions, not with bad ones.” 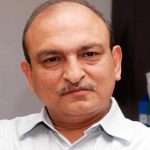 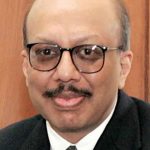