No other country can boast such a diversity of milk sources, and the opportunities they represent, than India. As the West wakes up to their benefits, we need to tap into different animal sources that we have and our rich custom of plant-based milks

In Nitya S Ghotge’s survey, “Livestock and Livelihoods: The Indian Context”, she notes that in Ahmedabad the term ‘shecago milk’ is occasionally used.

This does not, as it may sound, have anything to do with the American city. As the spelling suggests, it refers to “Sheep-Camel-Goat” milk, all mixed together. During summers, when regular cow and buffalo milk production is low, ‘shecago’ milk can be a useful supplement and mixed into the main supply to keep up general milk stocks.

This is a reminder of India’s amazing diversity of milk sources. We tend to think of milk mainly in terms of cow milk, followed by buffalo, but there are also the three ‘shecago’ sources, plus milk from yaks in the Himalayas and mithun (domesticated wild bison) in the Northeast, and even some donkey milk.

The National Dairy Development Board recorded milk production in 2019-20 of 198.4 million tonnes, and while it does not record the exact sources, some idea of the diversity of sources is evident from the 20th National Livestock Survey, conducted in October 2018, and issued in 2019.

And this is just animal sources. Plant-based milks, made by soaking seeds and nuts, and then grinding and straining to create emulsions that are the equivalent of animal milk, are now increasing demand across the world for vegan diets, or by anyone concerned with the environmental costs of livestock farming.

Part of our diet

But several plant-based milks have a long history of consumption in India, paruthi paal , or cottonseed milk from Tamil Nadu, gasagase halu , or poppy seed milk from Karnataka. Above all, there is coconut milk that sustains cooking throughout coastal India.

Coconut milk is used for seafood curries as varied as Kerala’s fish molee and Bengal’s chingri malaikari, in sweets like Goa’s bebinca and south Indian payasam . It is also used for wedding rituals like Ros Kaddunk – a coconut milk bath for couples — at Goan Catholic weddings.

It is a possible sign of how coastal narratives are literally marginalised in India that coconut milk’s importance is neglected, compared to how it’s treated in Southeast Asia. As far back as 1936, the Imperial (now Indian) Council of Agricultural Research was, according to a report in the Times of India dated December 11 that year, considering opening production facilities in Trivandrum for bottled coconut milk.

Yet, even today, the most easily available source of prepared coconut milk is tins imported from Thailand. Only recently have Tetra Pak and dried versions become available from companies like Dabur. Coconut milk is still mostly produced, as it has been for centuries, by intensively grinding, soaking, and squeezing to extract the rich milk.

Soymilk is another plant-based milk, which is seen as a recent entrant into India. Yet, in 1935 Mahatma Gandhi was experimenting with it at his Sevagram ashram. He was encouraged in this by Narhar Bhave, the father of Vinoba Bhave, who was trying to live on a predominantly soybean diet. Gandhi never seems to have been able to produce good quality soymilk on the scale he needed, but he recognised its potential.

Another plant-based milk with real potential in India is cashew. It’s the vegan milk of choice in the West because of its rich, smooth taste, and most commonly used to make vegan cheese. But it is held back by the high cost of cashews, which are mostly imported from India. Cashews must be extracted from their protective casing, a tricky process that is still mostly done by hand in order to get whole kernels.

India controls this part of cashew processing because we have the manpower — or, more accurately, woman power — to do this economically. But cashew milk does not need whole kernels. In places like Goa, vegan cooks are happily using the cheap cashew fragments that are by-products of processing. India is well-placed then to install mechanised processing that extracts cashew specifically for the purpose of making cashew milk, for domestic consumption or export.

No other country can boast such a diversity of milk sources, and the opportunities they represent. And yet, we seem set on ignoring this. As the ‘shecago’ example shows, many of these diverse milks have simply been poured into the general supply, rather than being separately monetised.

Another example, from about a decade back, was when a friend who is interested in cheese-making tried working with a group of goat farmers in Gujarat to create goat milk cheeses of the kind that are much prized in Europe. But the farmers weren’t interested, declaring that it was easier for them just to sell it as general milk.

Even buffalo milk, which the Amul movement was really based on, has been obscured. When Amul first came out with Tetrapak milk it used branding that clearly signalled it came from buffaloes, and in places like Gujarat it still packages and sells this milk separately.

But in general, buffaloes have vanished from Amul’s branding and a senior official there once admitted to me that this was because it was mostly being mixed with cow milk, and consumers tended to prefer to assume they were consuming the latter.

There are some signs that this is changing. An artisanal cheese movement is developing now that is seeking out really good quality milk, and keen to work with different types. Italians use buffalo milk to make cheeses like mozzarella and burrata, and now some have brought their expertise to the country that produces the most buffalo milk, selling under names like Impero. Swiss Happy Cow, a Goa-based cheese maker makes excellent goat milk cheeses whenever they can get enough supply.

Camel milk was once a curiosity — many people must have noticed the sign outside imposing Bikaner House in Delhi advertising it but never stopped to try. It has now acquired a reputation as a health elixir and is sold in both fresh and dried forms.

A variety of the yak cheese called chhurpi that was hard dried for storage, and also to chew like nutritious, edible chewing gum, is now being valued as a high protein source, both for humans and teething puppies. Even donkey milk is, apparently, being sourced for use as a beauty aid.

Plant-based milks face a different challenge. Despite ample evidence of their long use in India, with names that include words like ‘ paal ’, ‘ halu ’ and ‘ dudh ’ which recognise they are a kind of milk, the Food Safety and Standards Authority of India (FSSAI) has been waging a campaign to stop them using ‘milk’ in their labelling and marketing. Fortunately, in September 2021, the Delhi high court put a hold on the FSSAI order, allowing five companies selling plant-based milks to continue to use dairy terms.

Rather than a threat, production of both plant-based, and animal milks from multiple sources, should be seen as an opportunity. Co-operative structures, like Amul’s should be encouraged, for goat, camel and other animal milks, and also coconut and cashew farmers, to develop milk as a value-added product.

This would be a suitable way to celebrate, rather than deny, the exceptional diversity of animal and plant milks that have always been part of India’s food traditions. 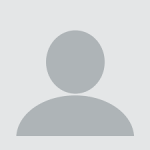