Hydroponics is the science of soil-less growing of plants in nutrient-rich solutions and is a technique where the physiological requirements of plants can be met without use of soil and natural sunlight. Experiments have proved that hydroponic fodders can improve animals’ fertility as well as the quantity and quality of milk produced. Fodder availability can be assured throughout the year irrespective of weather and rainfall.

Fodder being cheaper than feeds, it can be easily produced by farmers. But the availability of land for fodder production becomes a constraining factor. The land availability for fodder and pasture is a meagre 4-5 per cent of the total cultivable land area. It is estimated that to meet the complete nutritional needs of the ever increasing livestock population in India, at least 12 per cent of the land should be secured for production of feeds and fodders. The competition between man and animal gives a natural precedence to cultivation of food grains, vegetables and fruits for the ever growing human population. Therefore, the possibility of bringing more land under fodder crops or pastures is remote. With the growing population of both humans and livestock, managing food and feed for both is going to be a serious challenge. Apart from limitation on land and qualitative erosion of soil, agriculture faces limitation on availability of water. To produce one litre of milk we require 10 litres of water and for one kg of rice we require 3,000-5,000 litres of water. To overcome these problems fodder can be grown through hydroponic technology.

The technique of hydroponics for growing plants dates back to 1930. The word hydroponics is derived from ‘Hydro’ means water and ‘Ponic’ means working. Thus hydroponics is a process of growing plants with water and without soil. Just recall the money plant in your drawing room being grown in a bottle containing water and nothing else. Hydroponics is the science of soilless growing of plants in nutrient rich solutions. It is a technique where the physiological requirements of plants can be met without use of soil and natural sunlight. In conventional system, the seed starts germinating when it gets favourable conditions like water, air, temperature and light. A seed utilises maximum energy from the nutrients stored in it for developing radical (roots). Very less amount of energy is utilised for the growth of the plumule (shoot). Therefore in hydroponics technique, favourable conditions are provided to the seed so that the nutrients stored in the seed are directly utilised for development and growth of the plumule.

Hydroponics techniques have proven useful and efficient for producing food for livestock. The technique is advantageous when compared to conventional agriculture because it controls the climatic conditions as well as plant nutrition. Hence, it is possible to get increased production, stable harvests of high quality fresh feeds which is available all through the year, and can be produced on an industrial scale. The fodders are produced under completely organic conditions and thus free from undesirable materials such as weeds, insects, dust, insecticides, germicides, carcinogens and radioactive substances. Hydroponics culture is probably the most intensive method of crop production in today’s agricultural industry. With the possibility of adjusting air and root temperature, light, water, plant nutrition and adverse climate, hydroponics agriculture can be made highly productive, conservative of water and land and protective of the environment. Some of the qualities of hydroponic fodder are:

In 2007, the Ayurvet Research Foundation (ARF) took lead in developing this technology. From a prototype, ARF has developed commercially viable machines and branded them as Ayurvet ProGreen Hydroponics machine. Green feeds are grown in controlled environmental conditions on multilayer shelves with a temperature range of 15oC-32oC and relative humidity of 80-85 per cent. Natural light is let in through suitably glazed double layered windows. These machines are controlled by microprocessors. To save water, provision for recycling of water is made inside the greenhouse with water tank and pump facility. The bioconversion ratio was found to be six to eight times. The specially prepared nutrient ‘Nutrosol’ and herbal solution ‘Herbosol’ are used for the growth of plants and seed treatment respectively. This technology is catching up fast. The Indian Council of Agricultural Research (ICAR) has allocated funds for the installation and trial of hydroponics machines. The irrigation of hydroponics fodder has been operated through manual or automatically controlled micro-sprinklers/foggers. A hydroponics greenhouse may vary in size and can produce from 50 kg to 1,000 kg green feed per day.

According to research studies, specific advantages of hydroponics over the conventional system of fodder cropping are:

Dairy: In a study carried out by the ICAR, it was found that feeding hydroponic fodder had increased milk yield by 0.5-2.5 litres per animal per day with increase in fat and SNF content of milk. This increased their net profit by Rs. 25-50 per animal per day. In addition, farmers reported improvement in health and conception rate of the dairy animals, reduction in cattle feed requirement by 25 per cent, increase in taste (sweetness) of milk, whiter milk, reduction in labour cost, requirement of less space and water, freshness and high palatability of the hydroponics fodder etc.

The Surat District Cooperative Milk Producers’ Union Ltd (SUMUL) has carried out experiments on heifers using the Ayurvet hydroponics machine at Vanskui Farm. The scientific studies conducted at SUMUL included feeding of hydroponics maize green feed to 20 heifers while another 20 heifers were given conventional feed. The experiment revealed that hydroponic feed group had reproductive efficiencies which were higher by 55 per cent, body weight gain was higher by 20 per cent but the cost of feeding was lower by 18 per cent. It was observed that out of the 20 heifers kept on conventional feed only 11 conceived during the experimental period, while of the 20 on hydroponic fodder, 17 had conceived (Table 1). This suggests that hydroponic fodders can substantially help in reducing the first age at conception and may also prove a good source in improving the fertility of cows and buffaloes and thus reduce the intercalving period.

Table 3: Effect of feeding hydroponics on growth and fertility of heifers.

Feeding Experiment with Bulls: The Haryana Livestock Development Board (HLDB) conducted some experiments by feeding hydroponic fodder to bulls at their semen bank. They observed excellent results in terms of reproductive efficiency, body weight gain and cost of feeding. The experiment was carried on six bulls that were being actively used for semen collection and preparation for semen straws. While on conventional feeding, bulls were observed for their semen volume, concentration of spermatozoa in semen and the number of straws produced. This feeding was shifted from conventional fodder to hydroponic green fodder. It was observed that there was an improvement in their general health status, semen volume had increased from 5.67 ml to 6.4 ml (an increase of 10 per cent), average sperm concentration had increased from 1185 to 1199 million/ml and the number of straws produced increased from 1,310 to 1,433 from each ejaculation. The experiment also revealed that the cost of feeding had reduced by Rs. 21 per bull per day.

The government is already providing incentives, subsidies and easy loans for various irrigation technologies such as micro irrigation, drip irrigation, sprinkler irrigation and also on power and water supply for agriculture. The government is also providing subsidy on fertilizers and seeds. All these schemes may be applied to hydroponic fodder production to make this new venture a successful commercial opportunity for dairy farms.

Milk the Opportunities — Don’t Cow Down to Challenges 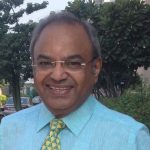 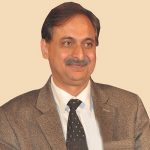