Amul Dairy has been the most creative farmer cooperative leadership model in the global food system. It has taken a leadership role in not only changing the vertical dairy chain in India but throughout both the developing and developed world.

Harvard Business School (HBS) has been privileged in having the opportunity to develop three case studies on Amul Dairy and also to interact with the Indian Economy in a number of ways. Our current Dean, Dr Nitin Nohria, originally from India, is the fi rst Dean from HBS to keynote an Agribusiness Seminar outside of the United States. It was held at Jain Irrigation in March of 2012 and, of course, Amul Dairy Senior Executives were there and interacted with the global food leaders that attended from the farm cooperative, private, public, and not-for-profit sections of the food system.

The Co-Director of the Social Enterprise Sector of Harvard Business School, Professor Kash Rangan, was a prominent member of the academic team leading the seminar and he too is originally from India. Finally one of my former MBA students, Nancy Barry, now President of a not-for-profit firm, Enterprise Solutions Editor’s Note: Amul Dairy refers to the Kaira District Cooperative Milk Producers’ Union, the original Anand Pattern Dairy cooperative structure. Today “Amul” is the brand name for milk and products marketed by the Gujarat Cooperative Milk Marketing Federation Ltd. These, in turn, are produced by GCMMF’s member unions which include Kaira District. The Kaira Union inspired creation of the National Dairy Development Board and the promotion and financing of Anand Pattern cooperatives throughout India. Maintaining the Amul Model in for Poverty, coordinated the Agribusiness Seminar. She has worked in India and many other developing countries to attack rural poverty. Together we coached several graduate students from Harvard Business School and Harvard’s Kennedy School of Government in academic research with teams from India on issues such as a potential pension plan for Amul Dairy farmers and evaluating various credit resources for India’s agriculture small scale producers.

In addition, through its International Teachers Programme, Harvard Business School worked closely with Dr Michael Halse and others in the creation of a Business School in India, the Indian Institute of Management at Ahmedabad. Our ties with each other have been strong and lasting and several of our best current students throughout Harvard University come from India as do a number of our most productive and creative Faculty members.

My assignment for this brief article is two-fold:

I will address the second assignment fi rst: In many respects Dr Halse remains an unsung hero for his enormous professional contributions to the fight against poverty and malnutrition throughout the world. He was my first doctoral student and, through his partnership with Dr Kurien, contributed to the change in the Indian dairy industry and in the role of small scale producers and landless labourers in India and throughout the world.

Dr Kurien and Lal Bahadur Shastri, then India’s Prime Minister, recognised the need to revolutionise India’s dairy system from the bottom up and the need to create the National Dairy Development Board and other programmes to extend and expand the Amul Dairy approach. It was Michael Halse’s creative mind and ability that provided the economic analysis to indicate that it was possible to do so. He also provided the academic and economic justifi cation for how it was to be done and by whom and how rural managers were to be trained and judged.

As a professor I have only taught by the case method of instruction where the role reversal is present. The students discussing the cases become the teachers and the professor is the coordinator of the case discussion and the provider of helpful conceptual frameworks. My job was to help the students develop their own conceptual frameworks and their own unique way of attacking problems, coming to conclusions, developing programmes of action, expressing how to implement those programmes, and then indicating ways to measure both their economic success and to measure their social success by improving the well-being of the small scale producer and the nutrition of the poverty stricken consumer in an environmentally sound manner.

In my lifetime, I have had the privilege of having thousands of student teachers. Michael Halse stands at the top of the list of those student teachers. He was the best doctoral student as well. Because Michael Halse also taught by the case method, I felt more comfortable having those who spent the most time with him and both learned from him and provided value feedback to him, discuss his contributions through their written comments. I have included their remarks as a valuable input to this brief paper. They document the outstanding leadership and contributions of this very talented and caring individual.

One of my assignments in writing this brief paper was to discuss Michael Halse’s paper on “Producing an Adequate National Diet in India: Issues Relating to Conversion Effi iency and Dairying“.

This paper was written by Michael Halse in 1975 when he was a member of the National Dairy Development Board (NDDB) and also the UNDP/FAO Team Leader. The best way to set forth the results of this paper is to quote Michael Halse’s summary as follows:

Michael Halse’s ability to develop and justify this model with the help of others was a path-breaking approach to a nation’s use of its land, water, plant and animal resources in a model that helped to negate the fears of those that worried that the development of the dairy industry would be harmful to the nutrition of the country rather than vice-versa.

In today’s world, with the help of enzymes, it is possible to produce both corn and fodder from the same acre of land thus avoiding the conflict between fuel and food. In addition, bacteria have also had a positive impact on plant production to the point that new discoveries on the biological activities, of plants, animals and humans are now in their infancy. The genetic makeup of plants, animals, and humans have enough similarities that, taken together with these new biological discoveries, makes Michael Halse’s work even more valuable as we look at food priorities for our respective nations and the world’s economy.

Dr Halse’s ability to look at a nation’s food resources in a model form enabled private, public, farm cooperative managers and farm workers to justify the development of the Indian dairy industry without adversely affecting the grain production of India.

Turning to my second responsibility—trying to assess the future trends that will impact India’s dairy system—I have to rely on firms and institutions inside and outside of India that are already having an impact on the structure and performance of Amul and other participants in the Indian dairy system and the society and consumers they serve.

Consolidation is taking place at the producer level and at the landless farmer level. Rahul Kumar, when I interviewed him for my forthcoming book, indicated that the number of buffalo and cows per farmer is increasing so much so that it is more economical to use milking machines rather than more labourers as consolidation takes place. Similarly, as landless labourers acquired more animals, they also have invested in milking machines.

At the processing level, new competitors have been able to come into the country as the government de-licensed the dairy industry. Many of these new and old competitors embraced the cooperative model, and are more than willing to help the dairy farmers create new cooperatives and develop long-term contractual relationships. These companies in some cases have had a long history of building up local communities and address the concerns of the small-scale producer.

Global farm cooperatives are also evaluating the leadership role that India has in the global dairy industry and cooperatives such as New Zealand’s Fonterra Cooperative and the Netherland’s Freisland Campina are interested in the dairy opportunities in India.

It is estimated that India was consuming over 140 million tonnes of milk in 2014 and there have been estimates made that by 2020 consumption will be as high as 210 million tonnes. Rahul Kumar believes that is a challenge. It also is a challenge to make certain that India does not ship out valuable dairy cattle feed raw material so that a cost price squeeze does not occur at the dairy farmer level.

In May 2014, a news report indicated that the Gujarat Cooperative Milk Marketing Federation had revenues of $7.6 billion which would make it the 7th largest cooperative in the list of the top 100 U.S. cooperatives and third among dairy cooperatives behind only Land O’Lakes with $14.1 billion and Dairy Farmers of America with $12.1 billion. The new challenges that the dairy cooperative sector faces from an outsider’s perspective are as follows:

The heritage of Amul’s cooperatives has provided an important model for smallscale farm producers all over the world. It embodies the values of Dr Kurien and Michael Halse—focus on the rural producer, cooperatives owned and controlled by their members, no competition between animal and man, low energy, low capital investment. These are important values that have broad applicability. They should be respected, preserved and extended.

Amul Dairy was the leader in traceability in the Indian dairy industry. Food fraud, adulteration, watering down of product has increased around the world. Amul has to be ever mindful of the trust it has built up over so many years and a trust that can be lost by any one product being tampered with.

The rest of the world wants India to continue to prosper and succeed in enabling more small-scale poor producers and landless labourers become part of the commercial global dairy system. 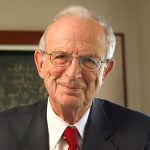