A National Level Meeting with all State Animal Husbandry/Veterinary Ministers was convened today through virtual mode under the chairmanship of Shri Parshottam Rupala, Union Minister for Fisheries, Animal Husbandry and Dairying. This National Level consultation with State Ministers was held after a gap of more than 5 years. Union Minister highlighted the Special Livestock Sector Package to all State Ministers which has been recently announced by Government of India for next 5 years with an outlay of Rs. 9800 crore leveraging total investment of Rs. 54,618 crore. 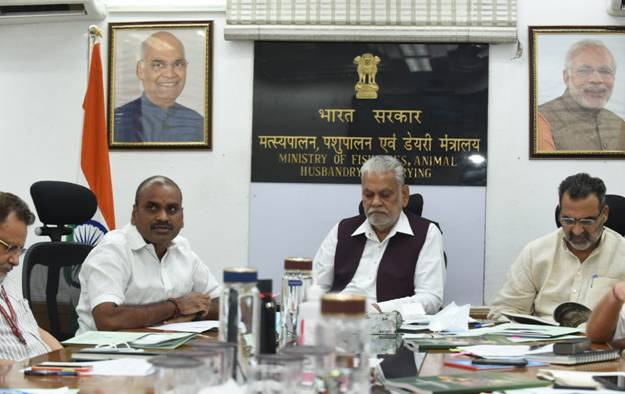 Shri Parshottam Rupala, Union Minister for Fisheries, Animal Husbandry and Dairying, apprised all State Animal Husbandry/Veterinary Ministers about various changes brought under the schemes of Government of India in this regard, their implications and role of States in implementation of the revised and realigned schemes of the Department. He underscored that States/UTs are the key stakeholders for implementation of the schemes. A healthy interaction between Centre and States will enhance cooperation and strengthen cooperative federalism for fruitful accomplishment of scheme goals.

The Union Minister informed that as per recent Cabinet decision, the National Livestock Mission and Rashtriya Gokul Mission (RGM) schemes now have a component of breeder farm entrepreneurs and fodder entrepreneurs. Under RGM, for breed multiplication farms for production and supply of high genetic merit heifers to farmers, 50% capital subsidy will be made available to entrepreneurs directly. The National Livestock Mission (NLM) will help in creating rural entrepreneurship and also in creating better livelihood opportunity for unemployed youth and livestock farmers in the cattle, dairy, poultry, sheep, goat, piggery, feed and fodder sector paving the way towards Atma Nirbhar Bharat by giving 50% subsidy through hub spoke model. 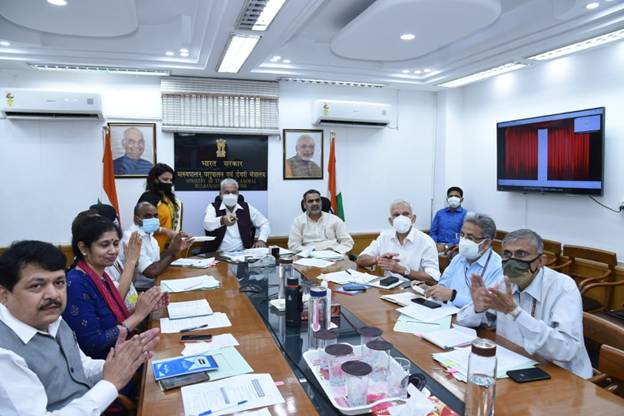 Dr. L. Murugan, Minister of State, Ministry of Fisheries, Animal Husbandry and Dairying said, “Under the dynamic leadership of our Prime Minister Shri Narendra Modi, the Livestock Sector in our country has been growing at a Compound Annual Growth Rate of 8.15% from 2014-15 to 2019-20. This Compound Annual Growth Rate is higher than many other sectors of the economy. This only shows huge potential of this sector.”

Presentations were also made on realigned National Programme for Dairy Development (NPDD) with emphasis on milk procurement, processing, marketing and quality of milk and milk products and Livestock Health and Disease Control with the aim to reduce risk to animal health by prophylactic vaccination against diseases of livestock and poultry, capacity building of veterinary services, disease surveillance and strengthening veterinary infrastructure. State Ministers were also advised to avail the benefits towards setting up of Mobile veterinary clinics in the country to deliver animal health services at doorstep of 10 crore farmers engaged in Animal Husbandry.

During the meeting, Union Minister also launched the portal for National Livestock Mission (NLM), which was developed by Small Industries Development Bank of India (SIDBI) in collaboration with the Department of Animal Husbandry and Dairying to increase the effectiveness and transparency in the scheme implementation.  The online portal will enable a customized workflow between State Implementing Agency (SIA), Lenders and Ministry as required under the Scheme.

During the meeting, Success Stories of Livestock farmers were also shown to all State Animal Husbandry/Veterinary Ministers.