Today, the White Revolution’s contribution to farm incomes surpasses that of the Green Revolution. Every fifth rupee generated in the farm sector — which includes the total output value of crops, livestock produce, and fisheries — comes from milk.

If one were to name one agricultural commodity that has withstood, to a great extent, the relentless assault of the novel Coronavirus it would surely be milk. Even during the peak of disruption of social and economic activities, the production and supply chain of milk, by and large, held good. This is not to build a case that the economic activity of dairying continued to flourish as usual, but merely to recognise the fact that whatever disruptions were witnessed, remained confined within certain geographic pockets and within short periods of time.

By and large, the supply of milk, an essential food item of daily consumption, remained uninterrupted throughout the country; and it is quite reassuring to learn that, unlike most other food items, both the producer and consumer prices remained stable and did not register any abnormal trends anywhere. It is nothing short of a miracle that this situation was obtained despite a significant fall in demand. Restaurants, tea shops, halwai shops all over the country have remained closed for over two months thus a crash in the demand of milk products, more so the value added ones.

In the post-Covid world, changes are expected in the operating models of dairy cooperatives and companies in India and the world over. One of these would be creation of buffer stocks to tide over the crisis of depressed demand and to ensure remunerative prices to the dairy farmers. What makes dairy and its primary product milk so special makes an interesting study, especially so in our country which amidst formidable challenges has built one of the most effective procurement and supply chains of milk in the world.

Millions of stars, each not significant enough to count individually, collectively define our galaxy; it is aptly called the Milky Way. Millions in India begin their day with opening a half or one litre poly pack of liquid milk, and this little quantity is an output of innumerable dairy farmers and their bovines. Who could imagine that a poly pack of half litre milk could be a great economic and social equaliser.

A staggering 70 million farmers produced 187.7 million tonnes of milk during 2018-19, the output of 125.5 million milch cattle and buffaloes, worth nearly Rs 6,60,000 crore. This is more than the combined value of wheat and paddy, our two prime crops – more than an emphatic signal of the enormous wealth of Indian dairy. The dairy sector has been registering a consistent annual growth of over 6% for the last several years. This is a significantly higher growth compared to many other sectors of our economy. The overall agriculture sector has been near stagnant in its growth at around 2%, while dairy has been bucking this trend year after year. We account for more than 21% of the global milk production with each year seeing India add more milk to the global pool than the entire European community. This monetary wealth of Rs 6,60,000 crore has the potential of multiplying multifold in the coming years, thus becoming the lead engine of economic prosperity in rural India.

The wealth of the dairy sector is not merely monetary. It also holds significant importance in our nation’s socio-cultural fabric. Dairy, aka milk, has been at the forefront of establishing social equity and demonstrating the indomitable human spirit of cooperation wherein wealth gets shared amongst the big and small, rich and poor, strong and weak farmers; not through any imposed ideology or institutions of governance but through the fabric of cooperatives. A farmer with a marketable surplus of one litre milk is as important and responsible a participant in the sector as the one who may have thousands of litres of milk to market. Women, marginalised in society and decision making in the economy despite their invaluable contribution, have been the mainstay of the dairy economy and have tasted the fruits of empowerment through dairy cooperatives.

The growth of India’s dairy sector is closely aligned to the launch of Operation Flood in 1970, resulting in India’s annual milk production rising from 23.2 million tonnes in 1973-74 to 187.7 million tonnes in 2018-19, an eight-fold growth in less than five decades.

Today, the White Revolution’s contribution to farm incomes surpasses that of the Green Revolution. Every fifth rupee generated in the farm sector — which includes the total output value of crops, livestock produce, and fisheries — comes from milk.

Organised dairies in India have made considerable inroads into liquid milk marketing. Almost a third of milk sold to consumers now is in branded pouches. This share will only increase with the neighbourhood dudhia almost disappearing. Dairies have also grabbed a share of the market for curd and ghee, at least to the extent these are not made exclusively at home. But they have left the most profitable segment of indigenous milk sweets and preparations to the unorganised sector. The major strength of traditional dairy products is their mass appeal. The market as well as operating margins for these far exceeds that for western dairy products such as butter, cheese and whiteners. Their industrial production presents a unique opportunity to the organised sector. In this age of globalisation, projecting ethnic food and culture beyond their narrow regional confines makes for good business strategy. Domestic markets apart, there is enormous scope to also influence consumer behaviour overseas through exotic product offerings. Our dairies should view the world as their marketplace and turn to ethnic foods for even creating a new class of products with exotic appeal.

Milk is a complete food. Of course, there have been cynics, albeit powerful ones, who have advocated that a complete food is one which contains animal meat. Their line of argument being that animal protein is an essential nutrient for the human body and that it is available only through meat, but that is not true. Virat Kohli, the captain of the Indian cricket team and acknowledged as one of the supremely fit athletes is a vegetarian, so is the erstwhile cricket hero Virender Sehwag. The Olympic medal winning wrestler Sushil Kumar too is a vegetarian as are the majority of Indian wrestlers who have brought glory to the nation in international events. Where do they draw their strength and stamina from? You need not look for an answer beyond milk.

It is quite common to consider that dairy products with reduced fat content are better. The calcium content of reduced-fat dairy products is relatively similar to the respective whole-milk products. Reduced-fat dairy foods are nutrient-rich and can assist in meeting the recommended intake of a range of nutrients. Cultured dairy products such as yogurt, buttermilk, and some cheeses have some additional advantages. They have less lactose and are good for lactose-intolerant individuals. The microbes, added as culture, help to improve digestion as well as absorption of digested nutrients. Some studies suggest that the increased intake of calcium and lactose from dairy products may help to prevent ovarian cancer. Also, experts claim three servings of dairy in a calorie-controlled diet can help achieve greater weight loss. A per capita availability of 394 grams per day, way above the global average of 267 grams, should be an obvious answer to our nutritional requirements.

The power, reach, influence and potential of our dairy sector is incredible being ingrained in our culture and the way of living. This egalitarianism could get threatened if the cooperative mainstream does not go back to combining farmer power with professional management and marketing. Already some enterprising entrepreneurs have started cashing on in the demand among urban consumers for low fat value added milk products. It may be more packaging and marketing hype rather than substance. What would milk be without its thick creamy layer emitting heavenly aroma; but then it is fads which get sold these days. Let us be reminded of a very apt saying, milk without fat is like non-alcoholic scotch. 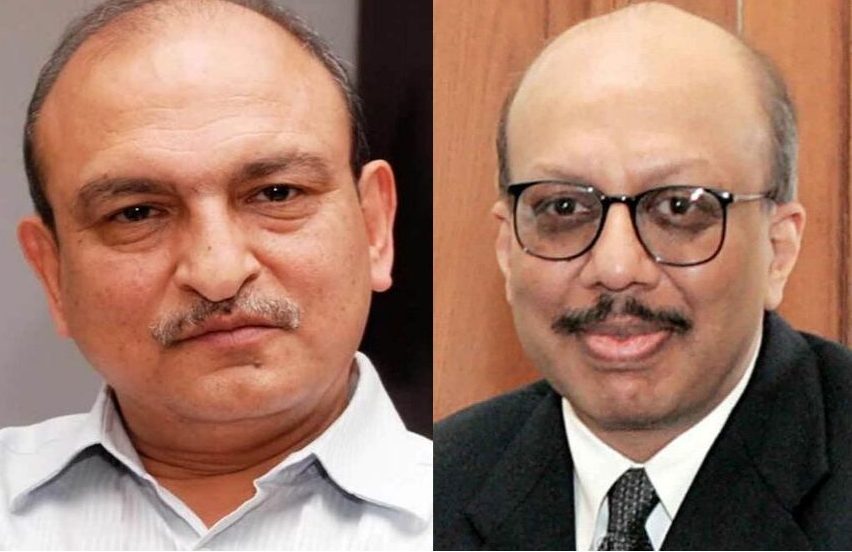